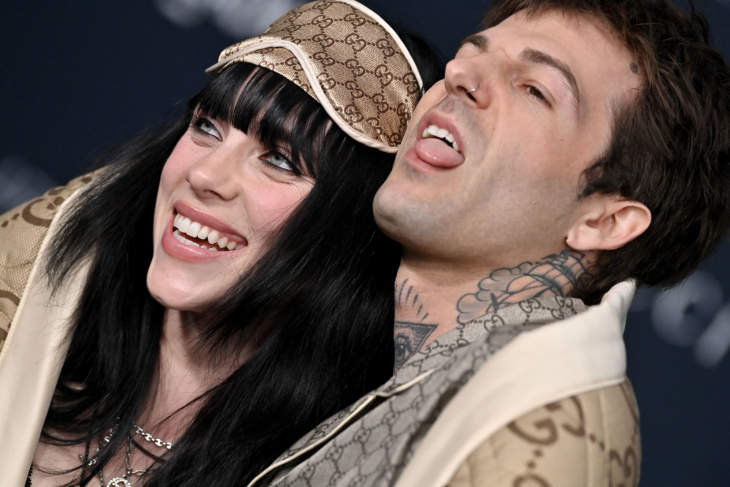 END_OF_DOCUMENT_TOKEN_TO_BE_REPLACED

Jodie Turner-Smith’s Jewelry, Including Her Mother’s Wedding Ring, Was Stolen From Her Cannes Hotel Room Variety says that on Friday, Jodie Turner-Smith’s hotel room in Cannes was robbed. She was staying at the Marriott on the Croisette (the fancy main drag), and, luckily, she was out for breakfast when the theft occurred. The robbers broke into Jodie’s room and stole jewels worth several tens of thousands of euros. They also swiped her mother’s wedding ring, which obviously had a ton of sentimental value. Goddammit, jewel thieves, have you no respect for family?!

END_OF_DOCUMENT_TOKEN_TO_BE_REPLACED When we last checked in on the status of Joshua Jackson and Jodie Turner-Smith’s forthcoming baby, said baby had officially passed their eviction date by several days, and still had not packed a single moving box yet. Not that I blame them; I wouldn’t want to leave the spot I’ve been locked down in for the past nine months, just to enter a new, less-cozy lockdown location. Well, their baby has arrived.

END_OF_DOCUMENT_TOKEN_TO_BE_REPLACED Bringing a child into the world is a terrifying prospect, even under the best of circumstances. But doing it now, when all of this is going on, must be positively horrifying. I’m pretty sure birth plans are cancelled for the foreseeable future (which is approximately 2 minutes from now). Even if your baby is destined to be rich and extremely good looking, there are too many petrifying variables at play. According to BuzzFeed, it’s got father-to-be Joshua Jackson shook. His wife Jodie Turner-Smith’s due date was yesterday, but as of yet, no Baby Turner-Smith-Jackson-Witter.

END_OF_DOCUMENT_TOKEN_TO_BE_REPLACED

Tags: Baby on Board, Jodie Turner-Smith, Joshua Jackson, Love In The Time Of Corona
SHARE

Color Me BAFTA: Colorful Looks From The Red Carpet Just because all of the BAFTA acting nominations went to white people, that doesn’t mean the white people that were nominated are afraid of a little color (not sure we can’t say the same for the BAFTA president Prince William). While some stars like Margot Robbie, who looked like she just came from a beloved aunt’s funeral (with Olivia Colman looking like said beloved aunt), went for basic black, and some like Renée Zellweger and Scarlett Johansson opted for a pastel palette, a few ladies took the opportunity to brighten up the foggy London town night by putting the “u” in colour. Take for example Florence Pugh whose hot pink housecoat doubles as a parachute in case the feds come knocking at the brothel door and she has to make a quick exit out of a 4th story window and hop into the horse drawn carriage waiting below.

END_OF_DOCUMENT_TOKEN_TO_BE_REPLACED

Joshua Jackson And Jodie Turner-Smith Want You To Know They’re Not Raising Their Child In The U.S. That sudden gravitational pull you felt some time in 2019 was the collective gasp of many women after finding out their Dawson’s Creek crush Joshua Jackson is possibly married and expecting his first kid. And although anticipating the birth of your first child should be a joyous occasion, Joshua’s alleged wife, Queen & Slim star Jodie Turner-Smith, is already plotting an exit strategy before their bundle of joy arrives. Because she doesn’t want her child raised in America AT ALL.