The Rumors About Tom Holland And Zendaya’s Engagement Are Not True, According To Zendaya’s Mother There are way too many outside folks who are fully invested in Tom Holland and Zendaya‘s relationship because they really want to see them get married. And by Hollywood’s standards, they both should have had at least one failed marriage by now (they’re both 26), so time’s a wastin’! But if you’re one of the TomDaya enthusiasts who are eagerly awaiting their wedding day followed by a Spiderman-themed baby shower, you’ll have to wait a bit longer. Because even though it’s been reported the two of them are about to web sling towards the altar, Zendaya’s mother, Claire Stoermer, has some terrible news for you: it ain’t happening!

END_OF_DOCUMENT_TOKEN_TO_BE_REPLACED

Zendaya Won The Emmy For Lead Actress In A Drama Series, Making Her The Youngest Double Acting-Winner In That Category 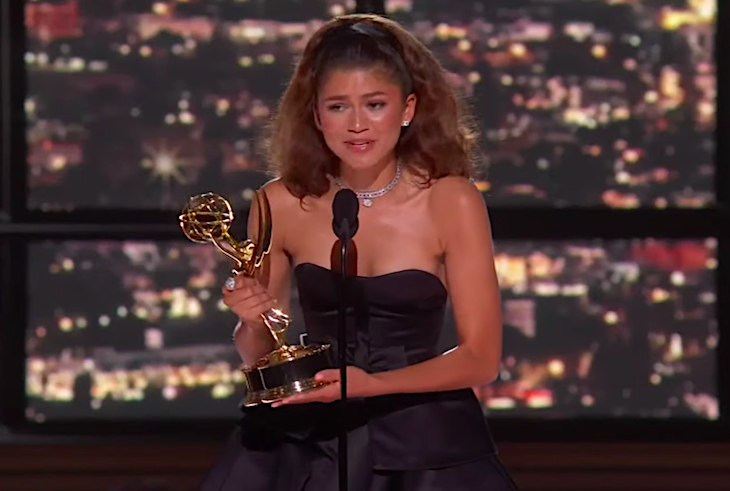 Last night, Zendaya won the Emmy for Lead Actress in a Drama Series for her performance as Rue in the bonkers second season of Euphoria. This is the 26-year-old’s second time winning the award, which makes her the youngest evah two-time acting winner. But wait, there’s more! It’s also the first time a Black woman has won twice in that category. In her acceptance speech, Zendaya thanked her friends, family, and controversial Euphoria showrunner Sam Levinson for creating a “safe space” on set. Um, Barbie Ferriera and the actresses who felt pressured to show their boobs would like a word.

END_OF_DOCUMENT_TOKEN_TO_BE_REPLACED END_OF_DOCUMENT_TOKEN_TO_BE_REPLACED

HBO Defends “Euphoria” Against The Allegations Of A “Hellish” Work Environment 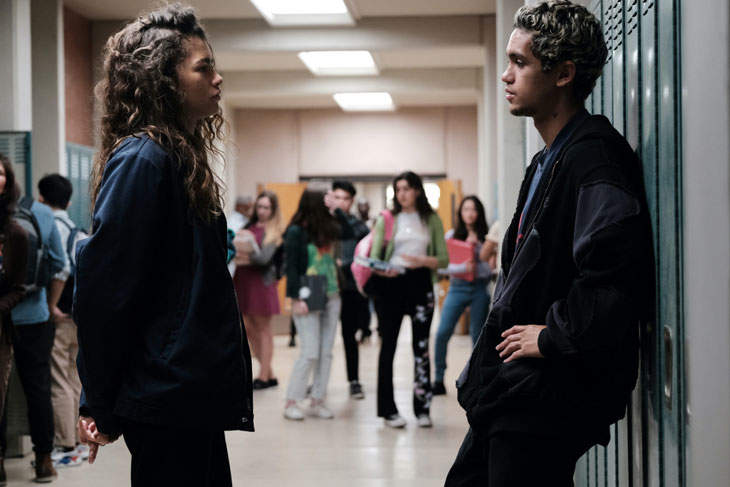 Last month, The Daily Beast posted a piece about the messiness going down behind the scenes of Euphoria, including creator Sam Levinson allegedly cutting the screen time of Barbie Ferriera, who plays Kat Hernandez, after the two had a fight about where her character was going. A week after Euphoria‘s season 2 finale aired, The Daily Beast did a follow-up article with more stories from crew members and background actors about how things behind-the-scenes of the show are messier than Jules’ bathroom wastebasket after she takes off all that fairy raver makeup at the end of the night. And those who have heard cast members Sydney Sweeney, Minka Kelly, and Chloe Cherry talk about how they had to push back against filming unnecessary nude scenes are probably bracing themselves for sexual harassment allegations. But these allegations are from anonymous crew members and background actors who say that they’re expected to work long ass hours with not enough breaks and that production is very disorganized since Sam Levinson likes to shoot “off the cuff.” But of course, HBO is defending their second most-watched show of all time because DUH!

END_OF_DOCUMENT_TOKEN_TO_BE_REPLACED There’s a Euphoria feud currently happening between Zendaya, Euphoria executive producer and star, and the anti-drug education program, Drug Abuse Resistance Education, better known as D.A.R.E.. It all has to do with D.A.R.E.’s perception of the show, which is that it’s going to encourage teens to run head-first into a sexy, cool, alluring world of chronic drug use and spiraling addiction. Zendaya has something to say about that, and she would like everyone to know that getting kids hooked for life on the bad stuff isn’t Euphoria’s mission statement.

END_OF_DOCUMENT_TOKEN_TO_BE_REPLACED

Tags: Euphoria, HBO, You Pissed Somebody Off, Zendaya
SHARE

Tom Holland And Zendaya May Have Bought A House Together Things may be getting serious for Tom Holland and Zendaya. Spider-Man and Meechee, both 25, have officially been dating for an indeterminate length of time; at least since last July, when they were papped making out in a car. Now The Mirror is reporting that they bought a £3 million ($4.1 million) six-bedroom semi-detached home together in Tom’s native London. Jesus. When I was 25 I was renting a basement apartment with approximately 25,000 roommates (they were potato bugs). END_OF_DOCUMENT_TOKEN_TO_BE_REPLACED