If you told me a year ago that 2020 would be filled with Brian Austin Green dating gossip, I’d be like, “But why? Didn’t we have anything better to do?” Sigh. We didn’t. We still don’t. So here we go: Brian Austin Green is probably dating Sharna Burgess, a 35-year-old Australian ballroom dancer best known for Dancing with the Stars. Last Friday the maybe-couple were spotted at LAX before jetting off to vacation together during a pandemic.

END_OF_DOCUMENT_TOKEN_TO_BE_REPLACED

Megan Fox Has Filed For Divorce From Brian Austin Green This news might feel like you’ve heard it before, but no. Back in May, we only learned that Megan Fox and Brian Austin Green had split up (again). But now we’re learning that she went ahead and took steps to make that split official by filing for divorce (er…again). Okay, I can see how you might be having a déjà-vu right now. END_OF_DOCUMENT_TOKEN_TO_BE_REPLACED

Open Post: Hosted By “The Masked Dancer” Visiting You In Your Sleep I saw a tweet once, and at the time, I thought it was one of the most laughably deranged theories of the QAnon era. Today, I’m not so sure. When failed California Republican Congressional candidate DeAnna Lorraine tweeted her suspicion that the Fox TV show The Masked Singer might have been used as a tool of the “demonic media” to “condition the public” to believe that masks are “normal” and “cool,” I guffawed. However, according to TVLine, just as Joe Biden is positioned to possibly become the next President of the United States and has floated the idea of a national mask mandate to curb the spread of COVID-19, Fox is set to debut a Masked Singer spin-off called The Masked Dancer. I have to admit, I’m sitting here asking myself; could it be that DeAnna had a point? I mean besides the one at the top of her pinhead?

END_OF_DOCUMENT_TOKEN_TO_BE_REPLACED Megan Fox and Brian Austin Green broke up after ten years of marriage and she found a new piece in Machine Gun Kelly. Since the break-up, Megan has really blossomed, getting her toes licked in music videos and having her man gush about all the luurve he’s feeling for her. Mr. Machine Gun even met her kids! Brian on the other hand has dated a bunch of random chicks and got weird in a hot tub. Well, apparently Megan has spotted some other problematic behavior coming from Brian beyond desperation.

Megan had to hop into her own ex-husband’s comments to drag him for posting a picture of their child and called him out for trying to get people on the internet to call him a good dad. Damn, when a famous person enters the comments instead of just sending a text you know they’re ready to fight.

END_OF_DOCUMENT_TOKEN_TO_BE_REPLACED 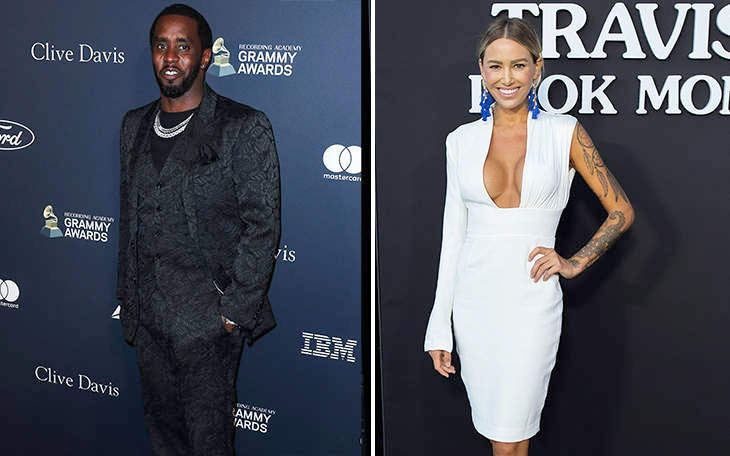 The Daily Mail says that Tina Louise, the Instagram model and vegan taco place owner (and not THEE TINA LOUISE), has been spotted out and about with a new piece and the paps got pictures of them at the beach. Nope, it wasn’t Brian Austin Green deciding to one-up Megan Fox after she introduced her kids to her serious boyfriend, Machine Gun Kelly–it was Diddy. Tina took her hot body to Malibu and showed off with Diddy and I couldn’t be happier! Not because I give a shit about either other them, but because 50-year-old P. Diddy was last rumored to be dating a 22-year-old, so seeing this grown man with a 39-year-old woman is a breath of fresh air.

END_OF_DOCUMENT_TOKEN_TO_BE_REPLACED Brian Austin Green revealed back in May that he and Megan Fox had really called it quits again, and Megan proved she’s over over her marriage to Brian by quickly getting with Machine Gun Kelly. Megan seems to be having a good time with Mr. Gun Kelly, which absolutely serves her caterpillar-like transformation into a woman who feels empowered to do what she wants. In a juicy twist, one person who is loudly cheering, “Yes, girl, live your life!” from the sidelines is Brian’s former fiancée Vanessa Marcil.