Chanel Held A Fashion Show, And The Only Guest Invited Was Kristen Stewart 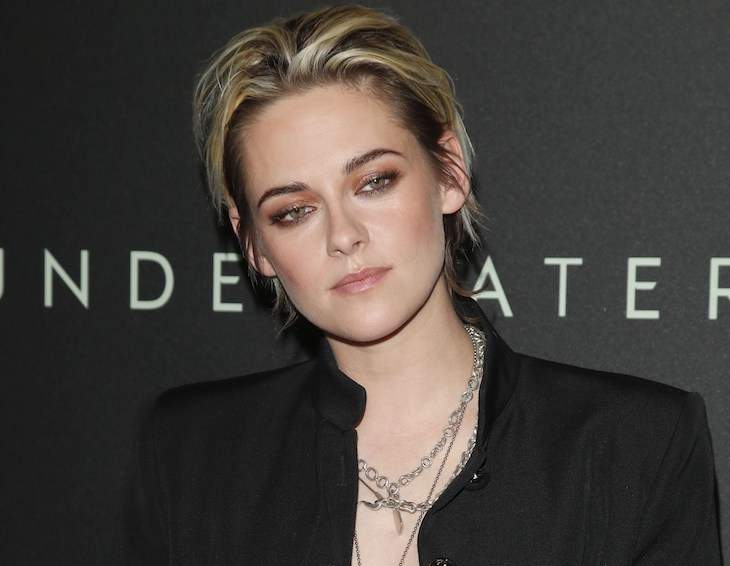 COVID-19 is tearing through just about every industry, from buffets to movie theaters to rodent-owned pizza joints. Something I legitimately forgot about was fashion shows, and maybe that’s because I’ve spent the past 9 months in the same pair of grey striped leggings. Designers had to get creative with their fashion week shows, like streaming them online. Chanel decided to lean really hard into the theme of social distancing, by showing their latest collection to one person and one person only. And that was long-time Chanel muse, Kristen Stewart.

END_OF_DOCUMENT_TOKEN_TO_BE_REPLACED Kristen Stewart took a break from her indie French films to star in the new queer Christmas comedy, Happiest Season. In the movie, Kristen’s character is forced to act straight during the holidays when her girlfriend brings her home and lets her know that she hasn’t come out to her family. I know, we’ve never seen that one before. While plugging the film to Variety, Kristen was asked her thoughts on whether queer actors should be the ones playing queer characters (after so many years of straights “bravely” playing gay).

END_OF_DOCUMENT_TOKEN_TO_BE_REPLACED

Director Catherine Hardwick Says That If A “Midnight Sun” Movie Happens, Robert Pattinson And Kristen Stewart Probably Won’t Be In It Midnight Sun is the newest Twilight book and it’s told from the perspective of Edward Cullen, so you know, it’s something that totally needs to exist. August 4 will be an exciting day for Twihards who can’t let go and Stephenie Meyer’s bank accounts, because that’s the day that mess comes out. And, of course, there’s already talks about turning it into a movie since humanity hasn’t been enough. But along with people of color, don’t expect Robert Pattinson and Kristen Stewart to reprise their roles because DUH.

END_OF_DOCUMENT_TOKEN_TO_BE_REPLACED

Kristen Stewart Will Play Princess Diana In An Upcoming Biopic If you had asked me yesterday to write a list of possible headlines announcing some new Kristen Stewart news, here are some that seem well within the realm of possibility:

I definitely would not have bet my last $20 on the chance that I would be talking about Kristen Stewart getting cast as Princess Diana in a biopic about Diana’s last days as Prince Charles’ wife. But this is where the universe has led us.

END_OF_DOCUMENT_TOKEN_TO_BE_REPLACED

Kristen Stewart Is Into Robert Pattinson As Batman Robert Pattinson’s post-Twilight career has almost exclusively featured the kind of movies that get him the best table at the Independent Spirit Awards. But in a strange turn of events, RPattz will be the next Batman. It kind of feels like Robert accidentally dozed off in a meeting with his agent, woke up confused, and signed his way into another cheesy film franchise. Or maybe he had access to a psychic that told him joining the DC universe was about to become a respectable career move. If so, then I’m sure Ben Affleck wishes he had access to that psychic and a time machine.

But even if RPattz has any remaining hesitation about playing Batman, it should be washed away by the fact that  Kristen Stewart is absolutely in his corner, rooting for him to mumble and scowl in that little batmask.

END_OF_DOCUMENT_TOKEN_TO_BE_REPLACED

The Teaser Trailer For “Charlie’s Angels” Reboot Is Here At long last, the teaser trailer for Elizabeth Banks’ Charlie’s Angels reboot is here. And based off the two minutes and 53 seconds of trailer we got, it sadly looks like they only got about 10% of the disguises budget from the Cameron Diaz/Drew Barrymore/Lucy Liu films.