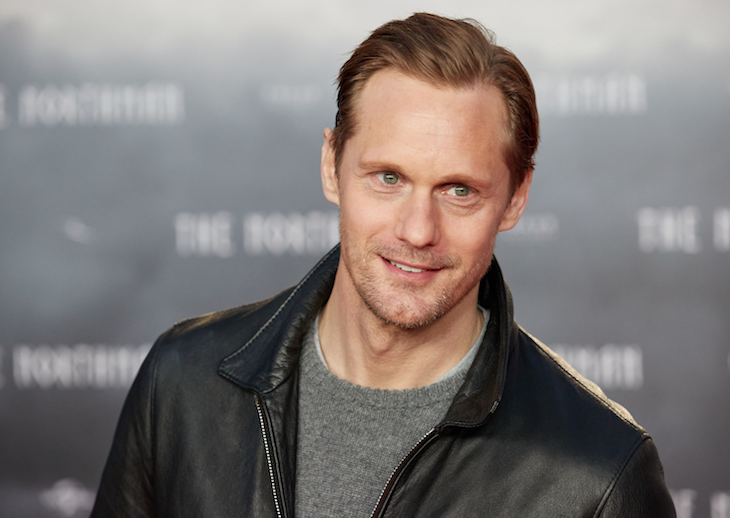 Alexander Skarsgård recently sat down with The Sunday Times to promote his new Viking movie, The Northman. Unfortunately, the 45-year-old Swede slipped up and committed a classic Hollywood interview sin; he told the Times that he wasn’t taken seriously early on in his career cuz he was too good-looking. How devastating. Maybe Alexander, Charlize Theron, Jessica Biel, and Rob Lowe should start some sort of support group for the pretty-persecuted?

END_OF_DOCUMENT_TOKEN_TO_BE_REPLACED

Open Post: Hosted By The Trailer For “The Northman” Starring Alexander Skarsgard As A Viking The Northman stars Alexander Skarsgard as a ripped AF Viking returning home to reclaim his kingdom, save his Viking Queen mother played by Nicole Kidman and get revenge on Javier Bardem for playing Desi Arnaz. Oh, wait, sorry no–getting my movies mixed up. But he is getting revenge on his uncle who betrayed his Viking King father. So it’s The Lion King but violent and with Vikings and I’m assuming no musical numbers.

END_OF_DOCUMENT_TOKEN_TO_BE_REPLACED

Gird Your Loins And Neck: HBO Is Bringing “True Blood” Back Gratuitous titties, ass and dicks are about to make a comeback in a big way. Variety reports that HBO is rebooting True Blood, the show that put the “erection” in resurrection. And it’s being developed by Roberto Aguirre-Sacasa, the man who put the “erection” in Archie Andrews’ pants when he created Riverdale. Alan Ball, the show’s original showrunner, will return as an executive producer.

END_OF_DOCUMENT_TOKEN_TO_BE_REPLACED END_OF_DOCUMENT_TOKEN_TO_BE_REPLACED

Harry Styles’ Ex May Have Moved On To Alexander Skarsgard It sounds like things are just doused in heaping piles of awkward drama over in Candyland. Lemme break it down for you. First up, we have how Harry Styles was hanging out with Karlie Kloss on Diane von Furstenberg’s beard-craft carrier. Fine, it’s a yacht, but I just always wanted to use that term. Obviously, Taylor Swift sent over a separate yacht packed with Edible Arrangements and flowers since an ex-boyfriend hanging out with an ex-best friend wrote her next three albums for her. Well, the latest drama factor comes because Harry is friends with Alexa Chung, and she set him up with his now ex-girlfriend Camille Rowe…who may now be with Alexander Skarsgård…. who used to be with Alexa Chung.

END_OF_DOCUMENT_TOKEN_TO_BE_REPLACED

Alexander Skarsgard And Alexa Chung Might Be Back Together There are definitely people who were hoping the next time we heard about Alexander Skarsgard’s love life, it would be the news that he dropped down on one knee and asked Jack McBrayer to be the little blond to his big blond . Everyone will have to keep waiting for that, because E! News says that Alexander was recently seen with his ex-girlfriend Alexa Chung.

41-year-old Alexander and 34-year-old Alexa split up eight months ago, and on Sunday, they were seen arriving in London from a train trip together.

Alexa Chung and Alexander Skarsgård arrived in London together 8 months after calling it splits: https://t.co/5LTIOQqmeT pic.twitter.com/ZzzlqkKncn

A witness tells UsWeekly they seemed “happy, but a bit tired” and were holding hands. Another source says that people shouldn’t be surprised to see Alexa with Alexander because she’s not a dump-and-delete type:

“Alexa is always friends with her exes. She’s always cool with everyone she dates and stays in contact and even will hang out with them after they break up. She and her other exes have hung out after they break up and [Skarsgard] is no exception. They still text each other all the time and met up when they were in the same city.”

So that could have been a romantic train trip to London from…I don’t know, Hogwarts? Or it could have just been two friends being train buddies together. We’ll never know. It could very well be platonic. I would absolutely text an ex and ask if they want to ride the midnight train with me. If I’m going to wake up to discover I’ve been drooling on someone’s shoulder for an hour, I’d rather it not be the shoulder of a disgusted stranger.