The Daily Mail reports that William Bradley Pitt’s lady friend, 27-year-old Nicole Poturalski, was recently spotted out on a date with her 68-year-old husband Roland Mary, with whom she has an open marriage. The two dined with friends at his Berlin restaurant Borchardt. Oh to be young, hot and European. Filthy sex with a Hollywood heartthrob one night followed by a decadent dinner with your sugar daddy husband the next. All that and Nicole doesn’t even have to shave her armpits and probably has pussy hair long enough to braid! Plus she can openly smoke a cigarette without shame? Shit, you’ll have to pardon my cliché, but I’ll have what she’s having!

END_OF_DOCUMENT_TOKEN_TO_BE_REPLACED Brad Pitt’s model girlfriend (although, are they even a thing anymore?), Nicole Poturalski, is continuing to create rippling waves of rage across the internet because some “haters” are now leaving bitter comments on her social media pages––and she doesn’t understand why. Yes, Nicole is just realizing that the internet can be mean after breaking many famous and famous-ish people’s #1 rule: Do Not Read The Comments!

END_OF_DOCUMENT_TOKEN_TO_BE_REPLACED TMZ says that one Texas woman is coming after Brad Pitt for allegedly bamboozling her. But the gag is that it almost definitely was not Brad. A woman named Kelli Christina has chosen to seek legal justice from Brad for taking money from her to appear at charity events which he never showed up at. And more than that, she says that she and “Brad” had a personal relationship beyond their charity work and that they even talked marriage. This whole thing smells more rotten than Brad’s Make It Right Foundation houses!

END_OF_DOCUMENT_TOKEN_TO_BE_REPLACED 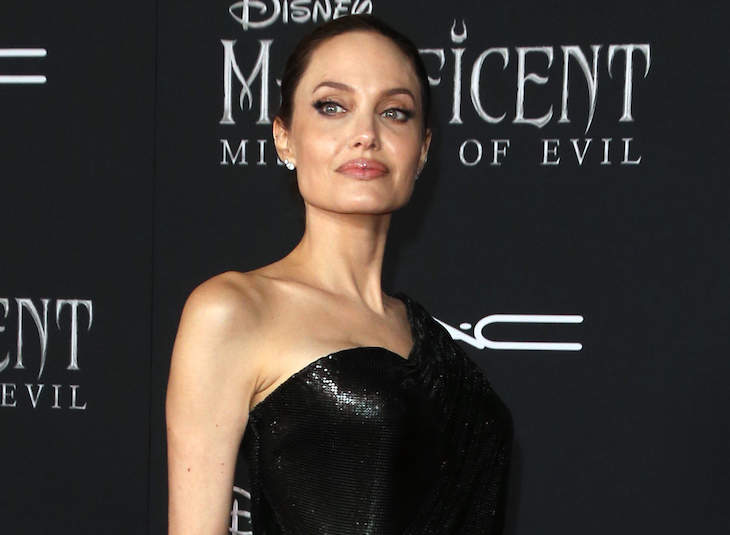 Angelina Jolie was trying to get the judge in her custody fight with Brad Pitt kicked off the case. But well, Us Weekly is reporting that the Honorable Judge W. Ouderkirk remains as the robe-wearing decision-maker in the battle of Jolie vs. Pitt. One petty issue down, about six billion more petty issues to go.

END_OF_DOCUMENT_TOKEN_TO_BE_REPLACED It’s time for the gloves to come off in the custody battle between Angelina Jolie and Brad Pitt. Yes, this whole time it’s been a series of relatively polite glove strikes (silk for her, leather for him) but it’s about to get bare-knuckle Tyler Durden VS dragon-fire Maleficent up in this bitch. I hope those kids, Pax, 16, Zahara, 15, Shiloh, 14, Knox and Vivienne, 12, (at 19, Maddox has aged out of the system) appreciate just how far their parents are willing to go to prove their love to them. According to Us Weekly, their custody trial is scheduled to begin on October 5th, and Brad’s witness list has just been released. Curiously, it includes actor Jillian Armenante, who co-starred with Angie in both Girl, Interrupted and A Mighty Heart. Going into The Thunderdome, Brad is seeking 50/50 joint physical and legal custody, and Angie remains “unagreeable,” which I guess is a bespoke word made up just for Angelina! Yes, she’s THAT fancy.

END_OF_DOCUMENT_TOKEN_TO_BE_REPLACED Brad Pitt and Angelina Jolie are still at it. 2020 may be a clusterfuck of disease and bizarre happenings but at least we can count on the comfort of the steady ship that is Brangelina picking at each other. A source told Us Weekly that Angelina made Brad quarantine for two-weeks after returning from their Chateau in France where he spent some time with his part-time lover, Nicole Poturalski. I’m sure the poor guy really suffered hard spending two weeks alone in whatever mansion he was staying in.