Oprah Endorsed Dr. Oz’s Opponent For A Pennsylvania Senate Seat, John Fetterman, And Many Other Democrats In Close State Races 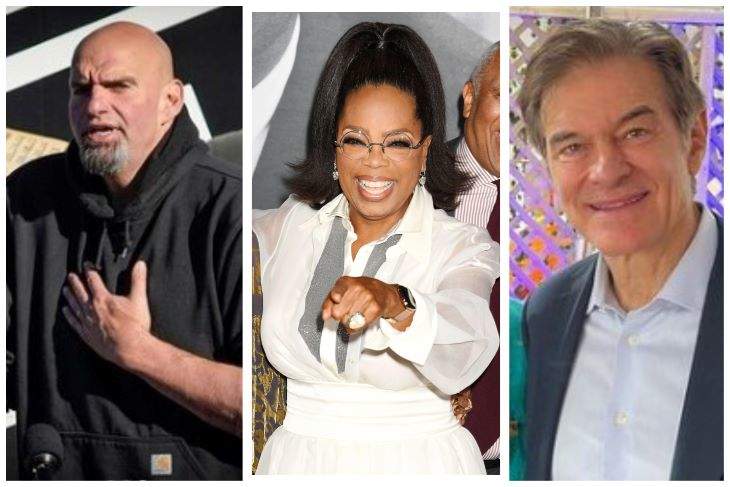 Oprah Winfrey decided it was high time to make an attempt at counterbalancing the scourge she unleashed on society by bestowing a talk show upon Dr. Mehmet Oz, who finally just took his poop diagrams and garcinia cambogia and fucked off of our screens in January after a long 13 seasons of quackery on The Dr. Oz Show. Unfortunately, that allowed him to pivot to politics, as he’s now running as a Donald Trump-backed Republican for a Pennsylvania senate seat–though whether or not he actually lives in Pennsylvania is questionable (just ask Snooki). With election day coming up in just a few days, Oprah endorsed expert Oz-troller and current Pennsylvania Lieutenant Governor, John Fetterman, in PA’s neck-and-neck race for a senate seat over Oz, a former surgeon who’s relentlessly criticized John’s ability to handle the duties of office after recently suffering a stroke. She also voiced her support for several other Democrats running in tight races in key states hoping to maintain their slender Senate majority.

END_OF_DOCUMENT_TOKEN_TO_BE_REPLACED Back at the start of COVID, the world was locked down for months. It looked like there was no end in sight. But once the vaccine hit, we cautiously emerged from our toilet paper and sourdough starter-filled homes and saw the streets once again. However, one person didn’t join us in our great return to Applebee’s: Oprah Winfrey! She recently revealed that she locked herself indoors for almost a year. That’s right, coronavirus made the world’s greatest talk show host into the world’s greatest hermit.

END_OF_DOCUMENT_TOKEN_TO_BE_REPLACED

Oprah Threw Out Half A Cake To “Reset” Her Healthy Eating Gayle King turned 67 over the holidays. To celebrate the occasion, bestie Oprah and her live-in fleet of culinary experts prepared a special Bananas Foster cake for the birthday girl. But two full weeks later, the leftover cake continued to exist in Oprah’s fridge. Watching her. Taunting her. Plotting her demise? “Eat me, Oprah. Put me insiiide youuu.” Yesterday Oprah said “ENOUGH!” and pulled a Miranda Hobbes: she chucked that wretched cake in the garbage. END_OF_DOCUMENT_TOKEN_TO_BE_REPLACED

Tags: Cake!, Gayle King, Healthy Eating, Oprah, Oprah Winfrey, Weight Watchers, What Did Cake Ever Do To You?
SHARE

Oprah Is Distancing Herself From Dr. Oz’s Senate Campaign Dr. Mehmet Oz is currently running as a Republican in Pennsylvania’s Senate race, which has caused him to end his talk show. Oprah is to blame for Oz at least since she brought him up on The Oprah Winfrey Show and then helped him launch his own The Dr. Oz Show. But she’s not endorsing him because that would be a bad look. She could always tell him who her PR person is though, because Dr. Oz and his wife Lisa Oz are apparently so bad at media communications that they didn’t hang up on a reporter before talking shit about her, so she heard it all.

END_OF_DOCUMENT_TOKEN_TO_BE_REPLACED

Open Post: Hosted By Oprah Pretending She Knows The Lyrics To Adele’s “Hello” During Adele‘s One Night Only CBS two-hour special, Oprah Winfrey brought her signature lip-syncing to the program. Apart from interviewing Adele and getting the nitty-gritty out of her, Oprah also enjoyed a performance at the Griffith Observatory in Los Angeles. Over nine million people watched the special and all of them were treated to not just good music and a deep interview, but also Oprah moving her lips around to a song that she thinks she knows but doesn’t. Someone needs to ask The Mighty O, “Were you lip-syncing? Or were you lip-sunk?”

END_OF_DOCUMENT_TOKEN_TO_BE_REPLACED

Adele Helped A Couple Get Engaged, Brought The Emotion, And Talked About Her Divorce With Oprah During Her CBS Special “One Night Only” 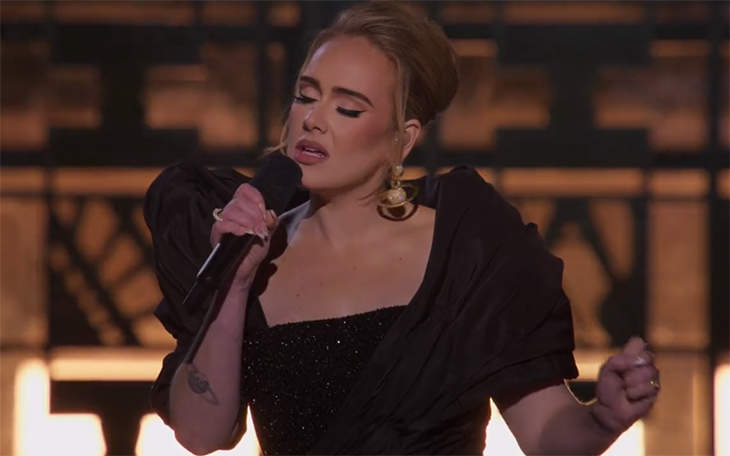 Last night, CBS aired the 2-hour-long Adele extravaganza One Night Only, which featured her singing the hell out her classics and new songs from her album 30, and talking about her divorce from Simon Konecki and her weight loss with Oprah. Adele also helped a couple get engaged. And the couple got engaged with nearly every famous person alive watching. The crowd at Adele’s concert at Griffith Observatory in Los Angeles included Lizzo, Selena Gomez, Gabrielle Union, Melissa McCarthy, Donald Glover, Ellen Degeneres, Seth Rogan, Kris Jenner, Drake, Nicole Richie, Tyler Perry and more! If there was an earthquake, 70% of Hollywood would have been wiped out. END_OF_DOCUMENT_TOKEN_TO_BE_REPLACED