362 days ago, Andy Cohen got schwasted while hosting CNN’s New Year’s Eve coverage. He went off on former New York mayor Bill de Blasio and referred to Ryan Seacrest and his cronies at ABC’s Dick Clark’s New Year’s Rockin’ Eve as “a group of losers.” Whoops! Even though Andy faced some backlash for his drunk-skunk antics, CNN pretty much immediately confirmed that they’d asked him and Anderson Cooper back for NYE 2023. However, last month, the network announced that they wanted their hosts to scale back on the drinking. Well, Ryan Seacrest has added his two cents during an interview with Entertainment Weekly. He says he doesn’t “advocate” booze on the air, and CNN’s plan to scale back is a “good idea.” Ugh, what a LOSER thing to say!

END_OF_DOCUMENT_TOKEN_TO_BE_REPLACED

CNN Said They Plan To Scale Back The Drinking During Their New Year’s Eve Coverage, And Andy Cohen Responded For those of us who refuse to wear clothes with an uncompromising waistband or leave the house past 8 p.m., we look to the TV on New Year’s Eve to watch other, more ambitious fun-havers crammed into the confines of Times Square clad in coats, hats, and adult diapers who’ve stood in the cold for 16 hours in anticipation of a few underwhelming musical guests followed by ten whole seconds of excitement. CNN’s NYE coverage has become the staple for people who love mess and don’t want to sit through Ryan Seacrest and his “group of losers;” with the master of lighting a match and walking away, Andy Cohen, getting lit with his incessantly giggly bestie, Anderson Cooper, while Don Lemon and other correspondents assist in the chaos. Last year, Andy got so rip-roaring ranty and wasted that it was rumored CNN cut him loose. But they didn’t, and he and Anderson will be back this year to host the festivities. And even though CNN says they’ve decided they’re banning booze for the correspondents involved in the coverage, Andy wants everyone to know the new rule doesn’t apply to him or Anderson, so we should expect them to be next-level hammered.

END_OF_DOCUMENT_TOKEN_TO_BE_REPLACED Andy Cohen let loose and got drunkenly sloppy during his job, co-hosting CNN’s New Year’s Eve special with his bestie, Anderson Cooper. During Andy’s drunken good time, he went off on New York City’s exiting mayor Bill de Blasio. CNN stood by Andy and expects to have him back for more NYE messiness, and one person who’s glad about that is Jimmy Kimmel. Andy was on Jimmy Kimmel Live! to talk about buying getting a star on the Hollywood Walk of Fame, and during the chat, Jimmy let Andy know that he thought his rant was the funniest thing ever. We know that Andy stands by his dragging of Bill de Blasio but he reveals to Jimmy that he was so lit that night that he didn’t remember doing it while making his way home.

END_OF_DOCUMENT_TOKEN_TO_BE_REPLACED 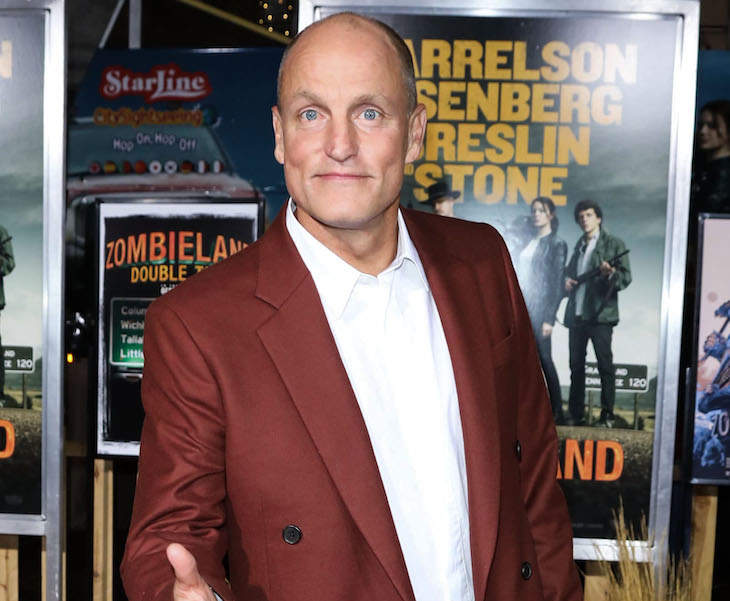 END_OF_DOCUMENT_TOKEN_TO_BE_REPLACED

Open Post: Hosted By The Drunken College Student Who Stuffed Herself Inside A Dryer And Got Stuck If stupidity had a name other than Trump it would belong to UK Hull University student Rosie Cole who at just 21 years old has answered the question nobody has ever asked; “What’s life like for fabric softener sheets?” The New York Post reports that after a night of getting wasted on Zinfandel and delicious shots of honey tequila, Rosie decided she wanted to be laundry and climbed her happy ass into one of the dryers. What started out as a dare was all fun and games for about three seconds before Rosie tried to release herself from her miserable Maytag prison. Then she realized the “Tide” had turned against her (see what I did there??).

END_OF_DOCUMENT_TOKEN_TO_BE_REPLACED Amy Schumer has a new show on the Food Network called Amy Schumer Learns To Cook. The premise is, you guessed it, Amy Schumer learns to cook, with the help of her chef husband, Chris Fischer. They film it themselves while their recently re-named baby, Gene David Fischer, naps. And while most live-in nannies would use a sleeping child as a much-deserved break, Amy’s nanny, Jane, has been put to work as their director of photography. Hey, at least she’s diversifying that resumé.

In the last episode, Amy and Chris made pasta, which Amy paired with the “cocktail” of chardonnay. Then she called up her totally relatable bestie, Jennifer Lawrence (who also recently married a Cook[e]), to talk shop (booze). Jennifer actually picked up. I know, answering a voice call in 2020?! OK, mom.