Bobby Flay recently broke up with Food Network, where he’d been a staple with tons of shows on the network since he started there in 1996. But sadly the good times didn’t last, and it was reported last week the two split over money. Well now we know just how much money, and it was a lot. Not buy-a-penthouse-in-London-a lot, but still. Sources say that Bobby was aiming to surpass 53-year-old Guy Fieri as the highest-paid chef on Food Network. Flavortown is paved in gold, honey! But he was asking for way too much and wanted a $100 million contract.

END_OF_DOCUMENT_TOKEN_TO_BE_REPLACED

Bobby Flay And Food Network Have Parted Ways After 27 Years There’s some drama cooking as Bobby Flay is going through a breakup and hopefully, it will go as “amicably” as that messy divorce he had with Stephanie March. Stephanie and Bobby had some issues regarding fidelity and she alleged Bobby’s wandering Chef’s Spoon made its way into three women, including our favorite drunk Instagram Live-er: January Jones. But while Bobby and Stephanie were together for ten years, Bobby and Food Network actually had been together much longer, and now their 27-year relationship has gone kaput over… you guessed it… money.

END_OF_DOCUMENT_TOKEN_TO_BE_REPLACED

ScarJo and Bobby Flay Went On a Friend Date 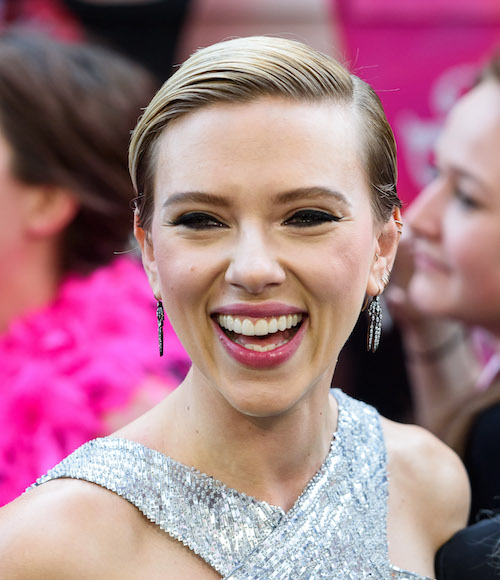 When I first saw Scarlett Johansson and Bobby Flay had gone out to dinner last weekend, I immediately started hissing. How dare she ruin that poor baby-faced unicorn Colin Jost? He may spit smack on Saturday Night Live, but his breathy Emmys fawning over ScarJo made me think he was so in L-O-V-E. END_OF_DOCUMENT_TOKEN_TO_BE_REPLACED On the last episode of Beat-Off Bobby Flay, famous smug-faced chef Bobby Flay had gone on a date with the alcohol industry’s favorite human, Chelsea Handler. No one can confirm whether said date made it to the beat-off Bobby Flay stage (Chelsea could be the stealthy hand job-under-the-table type, you don’t know). But it definitely isn’t going to make it to the flying-a-CHEATER-banner stage, because Page Six is saying Bobby has moved on to someone else.

Sources say 51-year-old Bobby Flay is currently dating 30-year-old Heléne Yorke, aka Jane Martin from Masters of Sex (or Olive from Bullets Over Broadway the Musical and Evelyn in America Psycho the Musical, if that’s more your thing). Bobby and Heléne – whose name totally makes me want to reach for a bottle of Salon Selectives – apparently met each other back in December at a Knicks game. Then on Sunday, they sort of made it official-ish by going to the New York premiere of Batman v Superman: Dawn of Justice. However, a Food Network rep told Page Six that Bobby isn’t stuffing his chorizo into Heléne’s roasted poblano pepper, and that they’re just friends.

Chelsea Handler And Bobby Flay Went Out On A Date A source tells Page Six that Chelsea and newly-ish divorced Bobby had dinner at Blue Plate Oysterette in Santa Monica on Wednesday night. The source also said that they looked flirty but no “funny business” went on. Damn, that source is throwing shade at Chelsea’s comedy skills. That source must be Heather McDonald.

“It looked like a date,” a witness told Page Six.

Although our spy didn’t observe any funny business, the pair sat at a back corner table and did look “flirty.” They pulled up to the restaurant in the same car.

It was just one date and who knows if it went anywhere, but I’m still mad at Page Six for sharing this shit with all of us. Because as soon as I read it my brain pushed out the image of Chelsea and Bobby rubbing their sweaty, sun-dried leather bodies against each other. And I bet that right before Bobby stuck it in, he said, “But ask yourself this, are you ready for a Throwdown?”