More Deep Thoughts From Grimes: She Thinks The Earth Is 4000 Years Old And Dinosaurs Are A Trick Of God Grimes is sharting out some more thick ropes of stupid from her mouth, as she has now claimed that the Earth is only 4000 years old and that dinosaurs were put here by God to confuse us. If there is one thing we can agree on, it’s that Grimes is definitely confused.

END_OF_DOCUMENT_TOKEN_TO_BE_REPLACED

Grimes And Chelsea Manning Broke Up I thought Grimes and Chelsea Manning getting together was a COVID fever dream I had earlier this year, but, apparently, it was real life. Good for them, I guess? Grimes and Chelsea, both 34, are reportedly living together in- oh! Never mind. Page Six is reporting that they’ve broken up. RIP to this bonkers pairing.

END_OF_DOCUMENT_TOKEN_TO_BE_REPLACED Thoughts and prayers to the Neuralink employee who deals with public relations, because damn if they haven’t had an uphill battle. If it’s not having to respond to claims that their company can make a real-life dinosaur (it can’t), then it’s sweating over how you’re going to address whether or not a whole bunch of monkeys died during testing (they did). Silver lining, this latest PR nightmare doesn’t involve animals, unless you count Elon Musk, who might be breeding in a way that would have Bob Barker hissing, “Come on, what the fuck did I say about spaying and neutering your pets.” According to a recent report, Elon Musk and Neuralink executive, Shivon Zilis, welcomed twins last year.

END_OF_DOCUMENT_TOKEN_TO_BE_REPLACED Grimes isn’t just an experimental cyberpop artist-turned-billionaire’s kids’ mother. According to Grimes herself, she’s also a skilled hacker who once brought down the popular blog Hipster Runoff. And that’s cool if you’re trying to impress Angelina Jolie and her sassy little haircut in Hackers. But if you’re someone who follows along with something like, oh, I don’t know, the law, then admitting you hacked and blackmailed a blog might not be the coolest thing to admit during a Vanity Fair YouTube video. Which is…exactly what Grimes did.

END_OF_DOCUMENT_TOKEN_TO_BE_REPLACED While being interviewed in her home for a Vanity Fair profile, Grimes accidentally on purpose got busted hiding an infant upstairs. And since X Æ A-12 is no longer an infant, the wails from upstairs could only have come from an alien or, as turns out to be the case, a second human baby whose parents like to play make-believe. And so, it was revealed that Elon Musk and Grimes made a secret baby who was born via surrogate in December and is named Exa Dark Sideræl Musk, or Y for short. During the interview, Grimes called Elon her boyfriend, and said that they want more children. But on Twitter today, Grimes said that they have since broken up again. So they may never get to work their way toward an algebraic equation, that once fully assembled, will probably equal something trollish like 69 Haræbambe.

END_OF_DOCUMENT_TOKEN_TO_BE_REPLACED 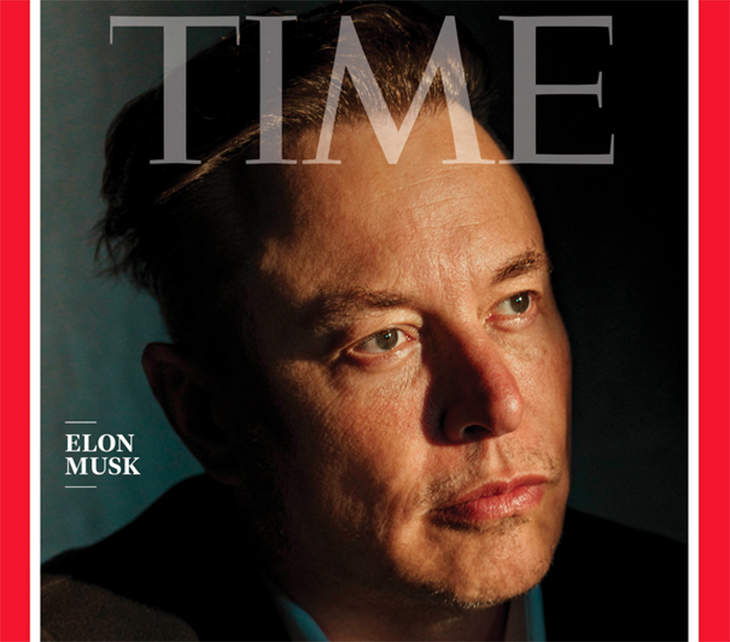