It’s a good thing Chris Rock told the Academy of Motion Picture Arts & Sciences to talk to the hand when they offered him the job of hosting the 2023 Oscars because based on his propensity for telling unfunny, half-baked “jokes” based on 30 year-old-references, Chris might find himself talking to an array of hands throughout the evening, making for the slappiest Oscars ceremony since 2022 (prior to that it was in 1988 when Cher won Best Actress for slapping Nic Cage in Moonstruck). Chris found himself the target of many a spiritual slap when he took the opportunity to make a crack about the brutal 1994 murder of Nicole Brown Simpson during a comedy set in Phoenix over the weekend. Chris quipped that the Academy asking him to come back and host the Oscars would be like asking Nicole to go back to the restaurant where she left her sunglasses before she and Ron Goldman were murdered by a mystery man with teeny tiny hands. Nobody found that shit funny, least of all Nicole’s sister Tanya Brown who, spiritually of course, told Chris to get her sister’s damn name out his mouth before someone slaps it out for him, spiritually of course.

END_OF_DOCUMENT_TOKEN_TO_BE_REPLACED 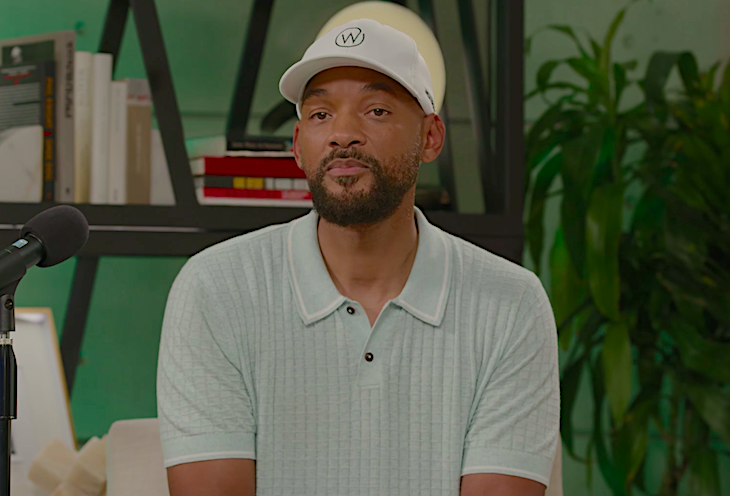 4 months after The Slap™ heard round the world, Will Smith has posted a video apologizing to Chris Rock for his actions at the 2022 Oscars. Will’s YouTube vid, titled “It’s been a minute….”, clocks in at 5 minutes and 44 seconds, and features Will answering so-called fan questions. These questions include, “Why didn’t you apologize to Chris during your acceptance speech?”, “After Jada rolled her eyes, did she tell you to do something?”, and “Why did you choose to sit directly in front of a white ball light while wearing a white ball cap? It makes you look like an egg head. I feel like the production designer for this apology video should’ve caught that. Are you planning to slap the production designer for this apology video?”

END_OF_DOCUMENT_TOKEN_TO_BE_REPLACED Do you guys remember that time Will Smith won an Oscar? Of course you don’t because that’s the same night he slapped Chris Rock on stage. And for her part, Jada Pinkett Smith has been relatively silent about the situation. But recently, during an episode of Red Table Talk, Jada finally addressed the incident by insisting her husband and Chris need to heal and reconcile. And one of her former co-stars, Vivica A. Fox, is ready to hit Jada with the biggest “Girl, BYE!” moment of her career after calling her out for her self-serving sermon.

END_OF_DOCUMENT_TOKEN_TO_BE_REPLACED There’s no doubt in my mind that Will Smith slapping the shit out of Chris Rock at the Oscars has been a boon for the ratings of Red Table Talk even though host Jada Pinkett Smith has barely said boo about it on the show or in the press. Instead, Jada has been teasing The Slap by sprinkling the show’s 5th season, which debuted a few weeks later, with platitudes about healing, deep healing and healing testimonies instead of telling us the only testimony we actually want(ed. I’m over it now) to know like was Will playing The Heel or was Chris? On the most recent episode of RTT titled Alopecia: The Devastating Impact, Jada once again set the table and busted out the teapot like she was gonna pour some, but by the time she got to talking about how she wished Will and Chris would “talk this out and reconcile,” the tea had gone cold. So she dumped it and served us some stale biscuits and room temperature tap water instead.

END_OF_DOCUMENT_TOKEN_TO_BE_REPLACED There was a time when it felt like everyone and their mother was chiming in with their thoughts on Will Smith slapping Chris Rock in the face during the presentation of the award for Best Feature Documentary at last month’s Academy Awards. And well, now we finally have Chris Rock’s actual mother with her thoughts on the matter. The slapee’s mom has joined the never-ending discourse, and do I even need to tell you that she’s Team Chris? Although I guess the show Everybody Hates Chris would have made exponentially more sense had his own mother come out and been like, “Good for Will, I would have slapped him too.” But of course, that’s not what happened.

END_OF_DOCUMENT_TOKEN_TO_BE_REPLACED Of course, we’re still talking about the slap heard around the world that echoed off the walls of the Oscars when Will Smith slapped Chris Rock live on television. Since then, Will has been banned from going to all Academy events for ten years. The fifth season of Jada Pinkett Smith’s Facebook talk show, Red Table Talk, premiere this week, and when the trailer was released, there were zero signs of the Oscars slap, which slapped many with a load of SHOCK because people were expecting the Smiths to milk the shit out of this mess. But don’t worry! Jada has come through, sort of.