Open Post: Hosted By The Mom Who Saved Her Daughter From A Raccoon Attack I live in Toronto, where raccoons outnumber people 5 to 1* (a la New Zealanders and sheep), and so far, I haven’t had any negative experiences. Most of the raccoons are just cute lil’ garbage-eatin’ bumblers. But this isn’t always the case. See: the MacNamara family’s recent fight for their lives in Ashford, Connecticut. People reports that last Friday morning, 5-year-old Rylee was standing on her front porch when a raging raccoon randomly attacked her leg. Rylee screamed for help, and her mother, Logan Kelsey MacNamara, ran outside to save the day. Logan pulled the critter off Rylee’s leg, pushed her inside, and flung the vicious raccoon onto the lawn. After Logan got back inside her house, the raccoon picked himself off the grass and continued on his merry way. Another day, another terrorized family!

Open Post: Hosted By The Two Pythons Found Mating Behind A Woman’s Microwave Australia is known for many things. Laid back people, idyllic beaches, desolate yet awe-inspiring landscapes, and dangerous animals that can kill you in an instant. An Australian woman discovered not one but TWO of these such animals in her kitchen. Two pythons had made their way into her house and settled behind the microwave. But instead of plotting a murder, the reptiles decided to get down to business and do the dirty. How rude! You don’t do that in a stranger’s house. You reserve that kind of behavior for an alleyway or the back of a car!

END_OF_DOCUMENT_TOKEN_TO_BE_REPLACED A fugitive that has been aimlessly wandering the state of Massachusetts has finally been apprehended. No, it’s not former Pat Tom Brady trying to escape his family in Florida. It’s Shoebert, the renegade seal. He was found haunting Shoe Pond in the city of Beverly for about a month and finally after multiple attempts featuring giant cartoon-like nets, the police have him in custody. Don’t let the sweet face fool you. This seal is a hardened criminal!

END_OF_DOCUMENT_TOKEN_TO_BE_REPLACED

Open Post: Hosted By The 500-Pound Bear, Hank The Tank, Who Has Broken Into Dozens Of Homes In Lake Tahoe 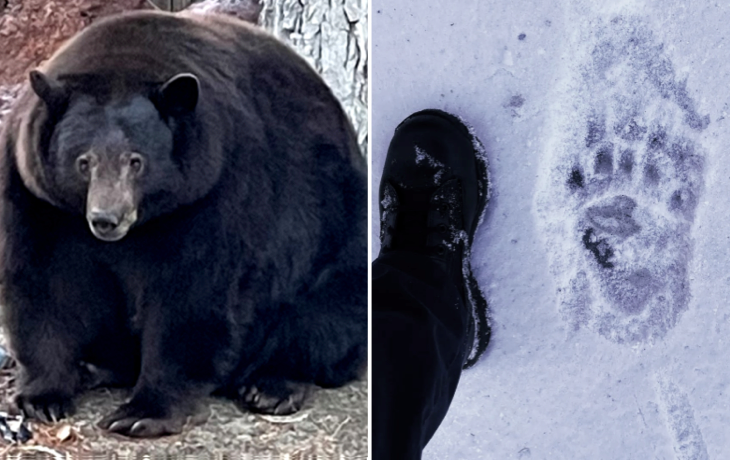 Yogi Bear and that little bitch Boo-Boo can get fucked. NPR reports that there’s a brand new bumbling sustenance-stealer on the scene! Introducing Hank the Tank, the 500-pound black bear who’s broken into at least 28 South Lake Tahoe homes in a never-ending quest for food. The California Department of Fish and Wildlife explains that Hank is a “severely food-habituated bear,” meaning he’s not afraid of people and he associates them with access to food. They say that Hank uses his “immense size and strength” to break into houses through front doors and garage doors. Ah, the Kool-Aid Man method. I know it well. END_OF_DOCUMENT_TOKEN_TO_BE_REPLACED Beauty standards really do trickle down, huh? A little TOO far. 40 camels have been disqualified from a prestigious Saudi Arabian camel beauty pageant after Saudi authorities decided to crack down on camel abuse, aka artificial touch-ups on the contestants. Botox, facelifts, tucks–you name it! You thought that Miss America was cutthroat?

END_OF_DOCUMENT_TOKEN_TO_BE_REPLACED

Quavo From Migos Claims He Bought A Tiger, And People Are Pissed Quavo Huncho, 1/3 of the golden triangle that is Migos (not to be confused with the dudes that make up Casamigos tequila), pissed people off by posting a video on Instagram, which is a 100% sure fire way to piss people off. Even adorable kitten videos are not safe from people’s negative opinions these days. However, the video Quavo posted isn’t like most kitten videos… think much bigger, non-domesticated and in threat of becoming endangered. It’s a tiger video. Quavo claims he just bought a tiger named “Cho” as a pet. The majority of people weighing in are rightfully pissed off about it.

END_OF_DOCUMENT_TOKEN_TO_BE_REPLACED

Tags: Animal Abuse, Animal Control Is On Line One, Animal Stories, Being Rich Is Hard, Fuck Off, Migos, What Is This Fuckery, What The Fuck Were You Thinking
SHARE
src="https://c.statcounter.com/922697/0/f674ac4a/1/"
alt="drupal analytics" >