During a chat with The Guardian about her memoir, which has revealed all sorts of things about her traumatic childhood and celebrity existence, Mariah Carey talked about things that didn’t make it in the book because they didn’t play a big part in her life. Like her one-time fiance, Australian billionaire James Packer, who she was engaged to for 8 months. Their genuine love ended with her reportedly getting a payout from him. Apparently Mariah and James never even did it. So she never married him, never fucked him, and got a payout? Every gold digger on Earth just questioned their whole existence. And it is shocking that Mimi never gave up the unicorn poon because the chemistry between them was so hot it’s probably burning your eyes just from looking at that picture of them.

END_OF_DOCUMENT_TOKEN_TO_BE_REPLACED 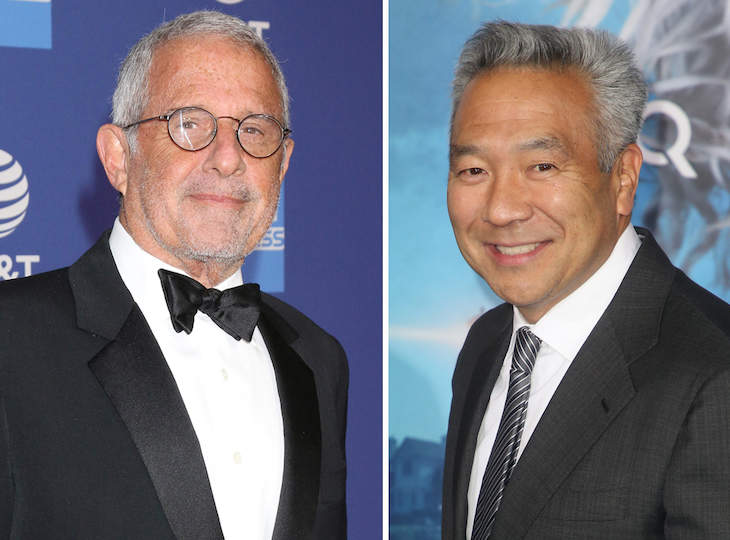 I know we’re still all suppressing our gag reflexes at the mere mention of the grossest exposed-and-convicted studio head to ever exist. But I need to stress this story isn’t Weinsteiney in nature. It’s not even at the Les Moonves level. Yes, this story involves two studio heads who used and abused their privilege to get laid. But it also involves extortion, ambition, shady promises, and James Packer. And ultimately, it ends with two men getting caught, and getting fired. It’s the kind of story Ron Meyer and Kevin Tsujihara (seen above) would have probably fought over the movie rights to if still had their jobs.

END_OF_DOCUMENT_TOKEN_TO_BE_REPLACED According to Page Six, Mariah Carey recently sold the diamond engagement given to her two-and-a-half years ago by her then-fiancé James Packer. The ring, which looks like a drink coaster from Liberace’s house, was reportedly a 35-carat diamond worth about $10 million. Mariah got to keep the ring as part of her million-dollar breakup settlement with James. But it sounds like Mariah was more than happy to remove that engagement ring from her collection of jewels.

END_OF_DOCUMENT_TOKEN_TO_BE_REPLACED The New York Daily News reports that Mariah Carey has contractually agreed to stay “positively silent” about her ex-fiancé James Packer in exchange for that generous settlement she received. Essentially Mariah agreed to a metric ton of hush money and a 35-carat ball-gag. James has also agreed to stay quiet, although he doesn’t have a giant diamond to help him with that.

END_OF_DOCUMENT_TOKEN_TO_BE_REPLACED While our Christmas season will be notably devoid of a certain someone’s whistle register (or attempts at it), the “Don’t Call Me the” Queen of Christmas Mariah Carey has received an early present from Santa James Packer: cold hard cash. And diamonds. END_OF_DOCUMENT_TOKEN_TO_BE_REPLACED It was a good thing I was sitting down when news first broke that James Packer and Mariah Carey had called their engagement off, because I was shocked he’d let the love affair of our time die. Now I’m shocked all over gain, because James Packer is out there saying that he and Mimi weren’t really right for each other.  END_OF_DOCUMENT_TOKEN_TO_BE_REPLACED