Meg Ryan Has Reportedly Called Off Her Engagement To John Mellencamp On Sunday, Meg Ryan showed up to the Governors Awards with a big gold and diamond-studded ring on her left hand, but it wasn’t on her ring finger. Which it should be, considering the last time we all checked, she was engaged to John Mellencamp.

Meg made sure everyone got a good, clear shot of her ringless ring finger, and it was almost as though she was trying to tell everyone to go ahead and draw their own conclusions. Well, we don’t have to do that, because a source tattled to Us Weekly that Meg’s engagement is over.

END_OF_DOCUMENT_TOKEN_TO_BE_REPLACED

Meg Ryan Spoke Out About Life And Going AWOL From Hollywood 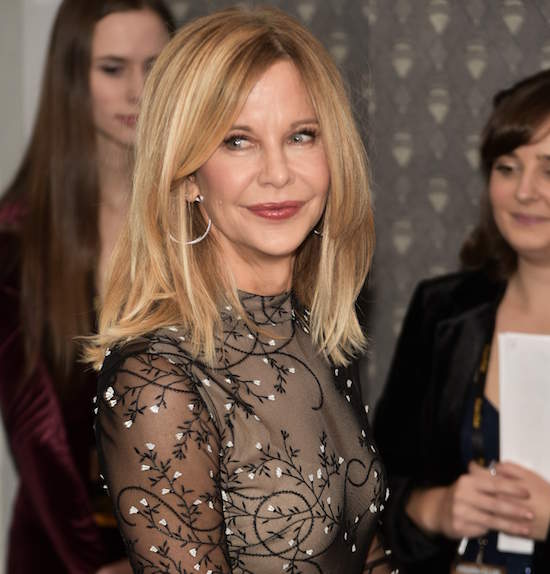 There was a period of time in the 1990s where the Rom-Com Dons were Julia Roberts and Meg Ryan. Julia occasionally does a movie or an Amazon show, but Meg has been the face of a milk carton when it comes to Hollywood . She’s busy being engaged to John Mellencamp. Meg sat down with the New York Times to talk about her career, being pigeonholed into “America’s Sweetheart” roles, and her mutual breakup with Hollywood.

END_OF_DOCUMENT_TOKEN_TO_BE_REPLACED Meg Ryan And John Mellencamp Are Back Together Maybe this time around she can sit John Mellencamp down and gently explain to him that saggy dad track bottoms are not an outdoor pant. Save them for your American Pickers marathons, John!

END_OF_DOCUMENT_TOKEN_TO_BE_REPLACED On Howard Stern’s SiriusXM show last week, John Mellencamp said that on the list of Things That Meg Ryan Hates, his name is right up there with “face wrinkles.” John said that Meg Ryan hates him and wants nothing to do with him because he was a fit-throwing moody child during their relationship. But on the same day that John told Howard that Meg is done with him, someone took a picture of them hanging out together in NYC. Go ahead and insert your very own SoWhatIsTheTruth.GIF here.

Stephanie Forman, who took the picture, said that John and Meg didn’t seem coupley. Okay, but it doesn’t seem like Meg Ryan hates him either, unless she’s smiling while telling him to please eat shit and get the fuck out of her face.

A source close to John tells Page Six that he doesn’t even know he got caught! The source said,  “I don’t even think he knows the photo exists. He hasn’t said one word about it.”

So either John was joking with Howard. Or John is so not over Meg Ryan and he makes his current girlfriend wear a fluffy blond wig and a rubber Meg Ryan mask whenever they go out in public. Or John blatantly spit out a river of lies, because he and Meg are back together and he wants to throw the paparazzi off. John knows that he and Meg are the IT couple of our time and he doesn’t want the paps around while he and his lady are suckin’ on chili dogs outside Tastee Freeeeeze. Yeah, it’s definitely the third one.

Here’s John taking a quick stroll in NYC with his true love, a cigarette, on the same day he hung out with Meg. And now I hate myself for pressing my eyeballs against my monitor to see if I can make out a peen print on John Cougar’s gray sweats.

John Cougar Mellencamp and Meg Ryan were together on-and-off for about 4 years and they ended it for good in 2015. And well, if Hurts So Good ever comes on the radio as Meg Ryan is driving, she probably thinks to herself, “More like, hurt so bad,” before getting the heaves and changing the station. Because John says that Meg hates him more than she hates seeing a wrinkle on her mug. Meg ain’t alone, though. John says that many women can’t stand him and would rather fuck an actual cougar than talk to him again.