Elliot Page is on this week’s cover of TIME and gives his first interview since coming out as a transgender man at the end of 2020. Elliot talks about wanting to be a boy since he was a kid, how difficult it was having to present as a feminine actress, and how the world’s reaction to his announcement was a lot. He also discusses trans rights, his platform and privilege, and how getting top surgery “completely transformed” his life. END_OF_DOCUMENT_TOKEN_TO_BE_REPLACED Oh, look, another contest that Donald Trump lost to Joe Biden. Donald Trump was one of the four finalists announced in the running for TIME Magazine’s annual Person of the Year issue, and I’m sure he’ll compose a tweet saying he totally turned them down again. The four finalists were Trump, Joe Biden, frontline workers and Dr. Anthony Fauci, and the movement for racial justice. TIME decided to give the cover honor to Joe as well as Kamala Harris.

END_OF_DOCUMENT_TOKEN_TO_BE_REPLACED 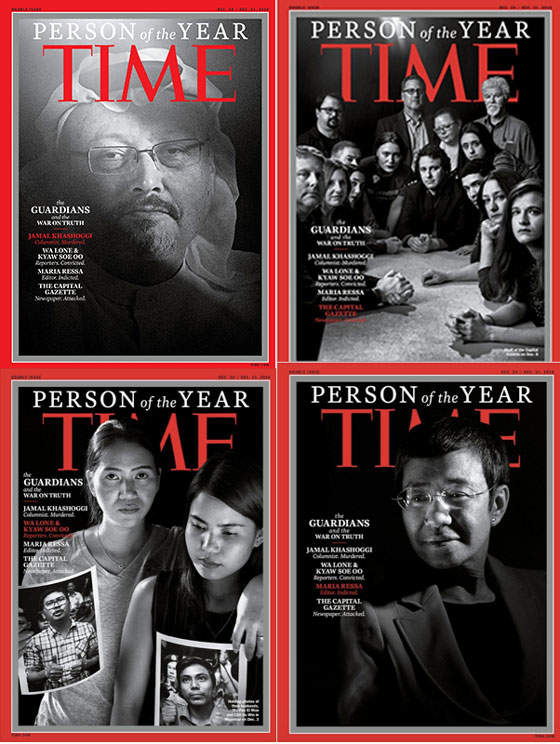 It seems like only yesterday (it was) when we were wondering if Time was going to take the easy route and award Donald Trump as “Person Of The Year” since that trick lives on every paper, cable news channel, and Tweet. I was also hoping they’d go the Us Weekly route and award it to Duchess Meghan since it would take all of 15 seconds for Duchess Kate to order her minions get her the cover of American Vogue. Time showed it’s the only mature one of us all and awarded it to “The Guardians and the War On Trust.” Essentially, it’s an award to journalists who have devoted everything for the sake of reporting the truth. END_OF_DOCUMENT_TOKEN_TO_BE_REPLACED Startling combination of egotism and delusion, President Donald Trump, tweeted a claim yesterday that TIME magazine had approached him to be their “Person Of The Year” for the second year in a row, but that he turned them down. TIME would beg to differ.