Forever 21 Has Been Saved From Bankruptcy 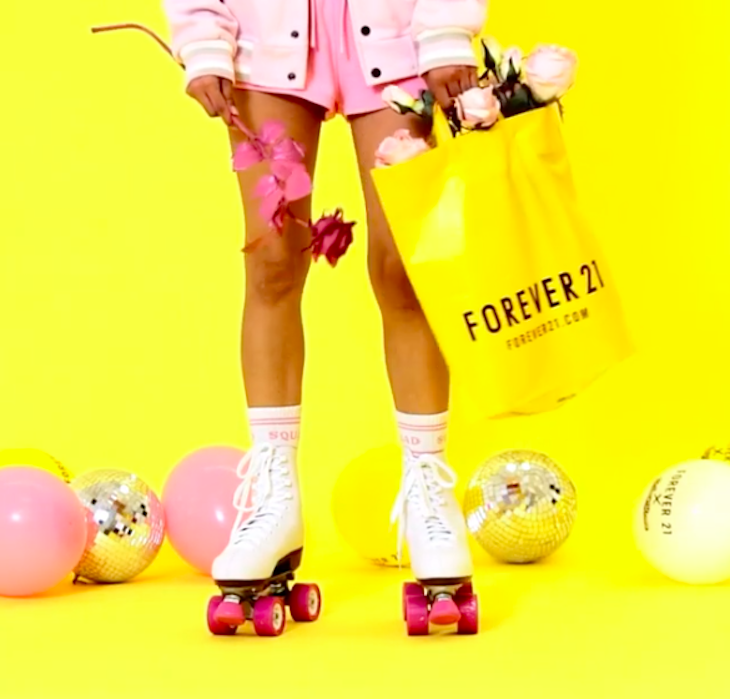 Last year, the Gods of haute couture wept, for their savior, Forever 21, filed for bankruptcy last year and closed a bunch of stores (and all the ones in Canada, R.I.P.). At the time, they claimed they weren’t going out of business, but would instead be focusing on smaller operations and “online shopping”. But today, like Buffy and Jesus before them, Forever 21 has risen from the dead! END_OF_DOCUMENT_TOKEN_TO_BE_REPLACED Tomorrow is my 29th birthday and today Forever 21 has officially filed for bankruptcy. So it looks like I will never actually become the Kanye West lyric: “Rock Forever 21, but just turned Thir-tay.”

Forever 21 filed for bankruptcy and are closing, many, many stores, so some people won’t be able walk into a Forever 21 store to buy a shitty-made half-shirt with the phrase “Me Want Tacos!” or “Sundaze Are For SLEEP!” or “Girl$ Ju$t Want To Have Fund$” written on the back of it.

END_OF_DOCUMENT_TOKEN_TO_BE_REPLACED Ariana Grande recently filed a $10 million lawsuit against almost-bankrupt Forever 21 for allegedly stealing several looks from her video 7 Rings. Ariana claimed in the lawsuit that she had met with Forever 21 to discuss a collaboration, and when Forever 21 didn’t want to pony up enough cash, they turned around and just flat-out stole her looks anyway. Well, RuPaul’s Drag Race alumni Farrah Moan claims that Forever 21 might not be the only one guilty of stealing looks here.

END_OF_DOCUMENT_TOKEN_TO_BE_REPLACED TMZ reports that Ariana Grande is suing Forever 21 for $10 million for some alleged copy cat-ism that can be traced back to December 2018. Ariana and Forever 21 were in talks for an endorsement deal, but it fell through in January because Forever 21 reportedly wouldn’t pay Ariana enough money. Not long after, Forever 21 launched a campaign featuring a model that looked suspiciously like Ariana, wearing a similar look to Ariana’s from her video for 7 Rings.

END_OF_DOCUMENT_TOKEN_TO_BE_REPLACED I guess you could say, it wasn’t meant to last Forever. I’m sure that joke has been made at least 21 times today. But Bloomberg Business is reporting that the once-favorite mall store of teens and delusional adults (raises hand) is probably going to declare that their financial situation is as messed-up as the hem of a Forever 21 crop top after a trip through the washing machine.

END_OF_DOCUMENT_TOKEN_TO_BE_REPLACED Some Forever 21 customers got a surprise sample of an Atkins diet bars in their online orders and the reaction was…not great. Forever 21 customers were not trying to hear that they need to eat a diet bar when they are just trying to dress like a Forever 21-year-old and keep it together as the cheap top they bought falls apart from being washed once. It’s all around rude, but customers buying plus-size clothes tasted an extra taste of rude, which probably tastes a lot like a gross Atkins bar.