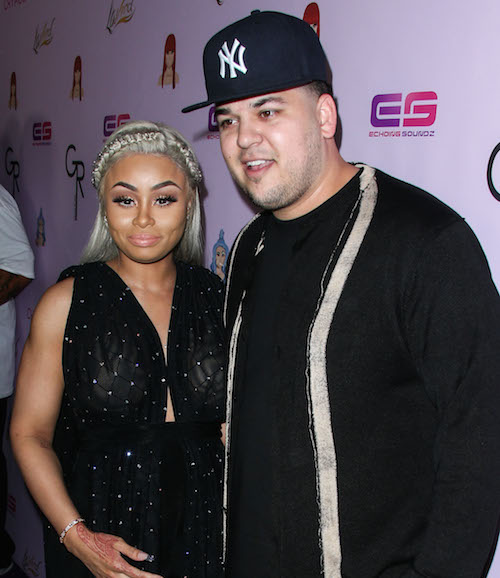 Of course my first question was: “Was he there being treated for konstant fame whore exposure?” Nope, not yet. Sadly there’s no cure for that. Rob Kardashian was actually in the hospital because he had a health scare after his diabetes started acting up. TMZ says that on Wednesday evening, Rob Kardashian was admitted to the hospital around 9:45 for “medical distress.”

END_OF_DOCUMENT_TOKEN_TO_BE_REPLACED Tracy Morgan and 2 others are laid up in the hospital in a bad way after they were involved in a serious six-car accident on the New Jersey Turnpike this morning. CNN says that one person died in the crash and three, including Tracy, are listed in critical condition.

Tracy was riding in a limo bus (Side note: Everything I know about limo buses I learned from watching Real Housewives) at around 1 this morning when it was rear-ended by a tractor trailer. The New Jersey State Police said that the limo bus, two tractor trailers, an SUV and two cars were involved in the accident. Police say that one of the tractor trailers is at fault and they don’t think booze played a role in the crash. Seven people were shuffled off to the hospital. Police believe that the person who died was riding in the limo bus with Tracy. Tracy was coming back from a gig at the Dover Downs Hotel & Casino in Dover, Delaware. Tracy is currently being treated at Robert Wood Johnson University Hospital in Hamilton Township, N.J. And I really hope Dr. Spaceman is not Tracy’s attending doctor.

And here’s a picture of the busted limo bus. It doesn’t look good.

#BREAKING: We have confirmation – #TracyMorgan in the hospital from NJ Turnpike crash. Accident vehicle @CBSPhilly pic.twitter.com/WmzAGIVMPg

UPDATE: Police say that 63-year-old comedy writer and Tracy’s longtime friend James McNair died in the crash. Tracy’s rep also released a statement saying that he’s with his family and doctors expect him to stay in critical condition today.

“Tracy remains in critical condition at Robert Wood Johnson Hospital. He sustained these injuries in an accident that occurred early this morning as one of several passengers in a chauffeured SUV returning from a tour date in Delaware. His family is now with him and he is receiving excellent care. We don’t anticipate much of a change in his condition today but will provide a further update once more information becomes available.”

Posh, Anne Hathway, LeAnn Rimes and Rachel “Chupa” Zoe, eat your heart out. I only mean that figuratively, because hearts are fatty and full of calories and will make you fat and ew!

Jared Leto has to buy all of his underwear in the toddler section at Babies ‘R Us, because he was already skinnier than Chris Brown’s extra long pencil dick and now he’s even skinnier. As everyone already knows, Jordan Catalano fought the hot and won when he dropped over 10 pounds and waxed his brows off to play a transgender woman with HIV in The Dallas Buyers Club. Matthew McConaughey also lost a whole lot of weight for that movie and said he did it by cutting all carbs from his daily diet. Jared, however, tells Vulture that he got Kate Moss skinny by fasting. Fasting is basically the GOOP way of saying, “I’m starving myself!” Jared said this about fasting for his art:

“Your body goes through weird stages. Sometimes it’s hard to hold on to water. But for me, it’s not about the most weight I can lose, it’s more to represent the character. I’m focused on what it means to be a transsexual woman. Historically, people have done it for pursuit of self, to achieve a meditative state, so I’m hoping for that, and not the other things. It’s not necessarily a bad thing.”

I won’t be surprised if one day I’m driving down the street and see Jared Leto’s stomach bag trying to hitchhike its way out of town. It’s going to leave his body any day now, because he keeps treating it like shit. Jared gained a bunch of chunk for that Chapter 27 movie and now he’s starving himself. His stomach is confused. You know what else is probably confused? Jared’s peen. Dr. Oz says that when a dude’s body shrinks, his dick grows and when his body grows, his dick shrinks. Confusing your internal organs is one thing, but confusing your external organ is a crime. There’s nothing sadder than a confused peen.

And since Jared’s got more to tuck now (cut to Jared wrapping a Spanx condom around his bigger peen to make it skinnier), he should probably win the Oscar for Best Tuck Game. Because Celebrity Fit Club worked so well for him, KFed is doing another weight loss show in Australia and during a challenge, his heart started freaking out the same way it did when he found out that the Jack in the Box by his house was going to stop serving 24 hours a day (been there). Team Chunk (copyright: C+D) is taking a hit this month. First Paula Deen gets struck down with the ‘beeties, then we learn that Twinkies are in danger of going extinct and now KFed is on the verge of a cardiac breakdown.

A spokesperson for Channel 9’s Excess Baggage show tells The Telegraph that KFed was doing a standard warm-up drill with an Australian football team when he started to complain about chest pains. The medic on set checked his pulse rate and that shit was PopoZãoing so hard that an ambulance was called. KFed was taken to Mt Druitt Hospital where doctors are keeping him overnight for observation. The rep wanted it to be known that KFed did not have a heart attack (Translation: Brit Brit, keep writing those checks, because KFed ain’t going anywhere). The rep also said that KFed has dropped some chunk while doing the show and the number 232 looks back at him when he steps on the scale.

You know, since I got back from Italy a few weeks ago, I’ve been on a sort of diet. I haven’t been eating a pizza and Top Ramen taco every night and I’ve been doing crunches (aka trying to make out with my peen lips by folding in half). But not anymore. Fuck exercise and fuck getting healthy. Working out kills! Look at KFed. KFed’s fat, out of shape ass ran in the Australia heat and it almost killed him. Paula says that it took her so long to spit up the news publicly, because she wanted to get all the facts together before she started speaking about it (Translation: Paula was working on her turning her Diabeetus into sugar-free dollar signs by landing a pharmaceutical endorsement deal!). The days of eating mac ‘n cheese soup with whipped bacon cream aren’t totally behind her, because Paula says that even though sweet tea isn’t her friend anymore, she’s still eating her own recipes in moderation.

“I was determined to share my positive approach and not let diabetes stand in the way of enjoying my life. I’m excited to team up with Novo Nordisk on this initiative to show others that managing diabetes does not have to stop you from enjoying the things you love.”

Paula Deen is a genius! Paula isn’t saying, “You’ll get Type 2 if you eat my Krispy Kreme bread pudding,” because then nobody will buy her old cookbooks and she’ll have to change everything. Instead she’s whoring out some Diabetes medication while telling everyone to nibble, don’t swallow that Krispy Kreme cheeseburger your tongue craves:

AND when I Googled “Diabetes and butter,” my eyes felt like a butter Jesus blessed my eyes with holy butter when I read this headline: “Got Diabetes? Eat More Butter!” Dairy cows no longer have to wander around the fields wondering what is going to become of them, because Paula and butter are stronger then ever. Also, if watching that clip gave you a temporary case of Diabetes in the eyes, just smear a whole stick of butter on them and call it good.