Open Post: Hosted By Paris Hilton Denying She Photoshopped Britney Spears Into A Picture From A Birthday Party 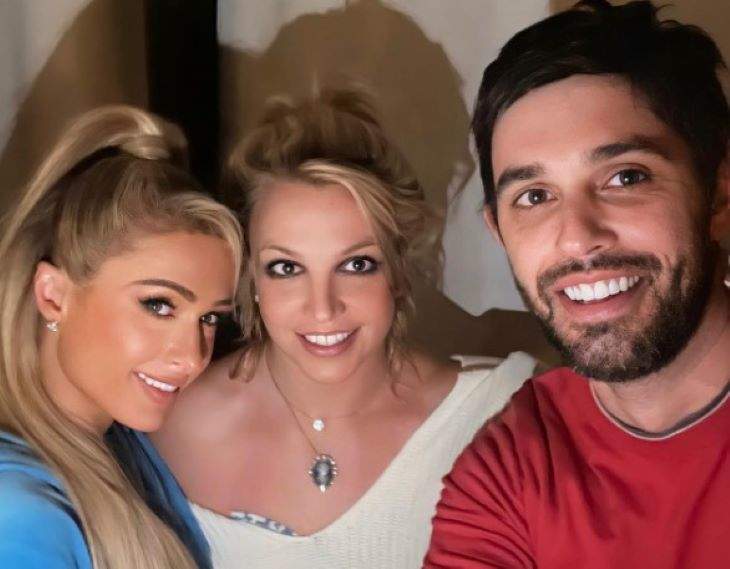 Lynne Spears’ slappin’ hand must’ve been mysteriously tingling in yearning over the weekend when an alive and well Britney Spears partied alongside Paris Hilton again. Britney has pretty much only been manifesting as a confrontational, twirling living-room nymph these days–and only on Instagram and not really in public–so when a snap of her out at a birthday party made it to Paris’ Insta a few days ago, many #FreeBritney conSpearacy theorists accused Paris of photoshopping Britney into the picture due to something looking “off.” But, Paris attempted to put the speculation to rest and blamed it on an app someone used to make it look less blurry.

Here’s Paris’ carousel of pics (including the Britney one) from talent agent Cade Hudson’s 35th birthday this weekend:

But instead of the sea of taint-licking compliments Paris usually expects, she was met with a lot of puzzlement and accusations as people in the comments questioned the authenticity of the “kinda fucky-looking but can’t put my finger on why” pic of her with Britney and Cade; and because Britney’ rarely seen out of her natural Olive Garden dancin’-mansion habitat. Here’s a sampling of the confused and accusatory comments: So Paris planted herself among the comment section peasants to clear the air. via Page Six:

“To all of those asking. Some of these photos were taken on an iPhone so they ended up being blurry,” Hilton explained in the comments section of her Instagram post Saturday. “So they used this app called Remini to make it look unblurry and sometimes the Ai distorts images.

“Didn’t want to even dignify this with a response,” she added. “But some of these conspiracy theories are absolutely ridiculous.” “OhHhH but who is ‘they’?! The stars may be blind, but we aren’t!” exclaimed a whole faction of people who still weren’t ready to let it go: You know, the internet is so ungrateful these days. Let’s all just celebrate the fact that things have greatly evolved in the way of Britney/Paris pics since that time years ago when she inadvertently flashed the paps the incision whence Sean Preston and Jayden James Federline “hatefully” arrived Earthside.

Tags: Britney Spears, Cade Hudson, Conspiracy Theories, Open Post, Paris Hilton
SHARE
Our commenting rules: Don't be racist or bigoted, or post comments like "Who cares?", or have multiple accounts, or repost a comment that was deleted by a mod, or post NSFW pics/videos/GIFs, or go off topic when not in an Open Post, or post paparazzi/event/red carpet pics from photo agencies due to copyright infringement issues. Also, promoting adblockers, your website, or your forum is not allowed. Breaking a rule may result in your Disqus account getting permanently or temporarily banned. New commenters must go through a period of pre-moderation. And some posts may be pre-moderated so it could take a minute for your comment to appear if it's approved. If you have a question or an issue with comments, email: [email protected]
src="https://c.statcounter.com/922697/0/f674ac4a/1/"
alt="drupal analytics" >