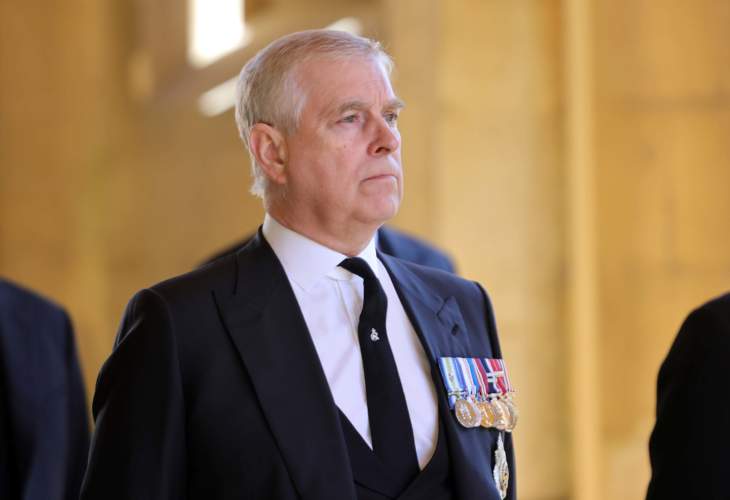 Andrew may have gotten off cheap, but the budget-friendly deal his lawyers negotiated for him might end up costing him a lot more in the end. The deal Andrew signed did not require Virginia to sign an NDA, meaning she is free to publish the tell-all book she is already working on. You know what they say, one man’s silver lining is the silk lining in another man’s coffin. The Sun Reports:

PRINCE Andrew’s pay-off to sex abuse accuser Virginia Giuffre was as little as a quarter of the reported £12million.

Sources say his lawyers negotiated a cut-price deal of £3million-to-£5million.

That was as much money the disgraced Duke could scrape together quickly to halt her civil lawsuit.

It may explain why Ms Giuffre, 38, was not forced to sign a gagging order as part of the deal — and is now free to write a “tell-all” book, which she promises to do.

A source said: “It was thought, and widely reported, that Virginia got a settlement of £12million from Andrew, but that’s not right.

“It was far less than that, as low as £3million.

“No doubt this will have influenced the conditions of the agreement that she was prepared to sign.”

Virginia has made it clear from the beginning that her coming forward was never about money, despite what Andrew’s legal team had been saying right up to the very last minute when Andrew was forced to admit she had been a “victim of abuse.” And although Andrew hasn’t admitted to any personal wrong-doing, Virginia may make a pauper out of him yet when he goes around buying every single copy of her book so that he can bury them under the floors of Westminster Abbey along with the rest of his family’s dirty secrets. And don’t let him learn about e-books or he’s going to have to go back to the drawing board to ask mummy to offer a fire sale on her website QueenQueefs4Cash.HRH

Tags: Farts & Queefs, Jeffrey Epstein, Original Fergie, Prince Andrew, THE QUEEN, Virginia Giuffre
SHARE
Our commenting rules: Don't be racist or bigoted, or post comments like "Who cares?", or have multiple accounts, or repost a comment that was deleted by a mod, or post NSFW pics/videos/GIFs, or go off topic when not in an Open Post, or post paparazzi/event/red carpet pics from photo agencies due to copyright infringement issues. Also, promoting adblockers, your website, or your forum is not allowed. Breaking a rule may result in your Disqus account getting permanently or temporarily banned. New commenters must go through a period of pre-moderation. And some posts may be pre-moderated so it could take a minute for your comment to appear if it's approved. If you have a question or an issue with comments, email: [email protected]
src="https://c.statcounter.com/922697/0/f674ac4a/1/"
alt="drupal analytics" >