Tracy Morgan returned to SNL last night, and he seemed pretty well recovered from his horrific bus accident back in June of 2014. Once you hear that someone sustained brain damage, you automatically cringe and think they’re screwed for life. He seems like he’s doing ok. Morgan joked that he thinks he actually might have gained a few IQ points since the crash.

Welcome back, Tracy. Hopefully the accident knocked that intent to stab your son to death if he ever came out as gay out of your head. (Yes, the chip on my shoulder is massive. I’m working on it in therapy.)

The cast of 30 Rock united for the cold open (except for Lutz which was a damn shame): 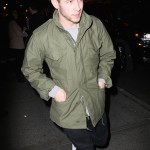 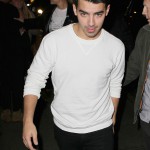 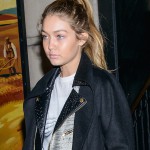 Tags: Demi Lovato, Gigi Hadid, Jane Krakowski, Joe Jonas, Larry David, Nick Jonas, SNL, Tracy Morgan
SHARE
Our commenting rules: Don't be racist or bigoted, or get into long-ass fights, or go way off topic when not in an Open Post. Also, promoting adblockers is not allowed. And some comment threads will be pre-moderated, so it may take a second for your comment to show up if it's approved.
src="https://c.statcounter.com/922697/0/f674ac4a/1/"
alt="drupal analytics" >