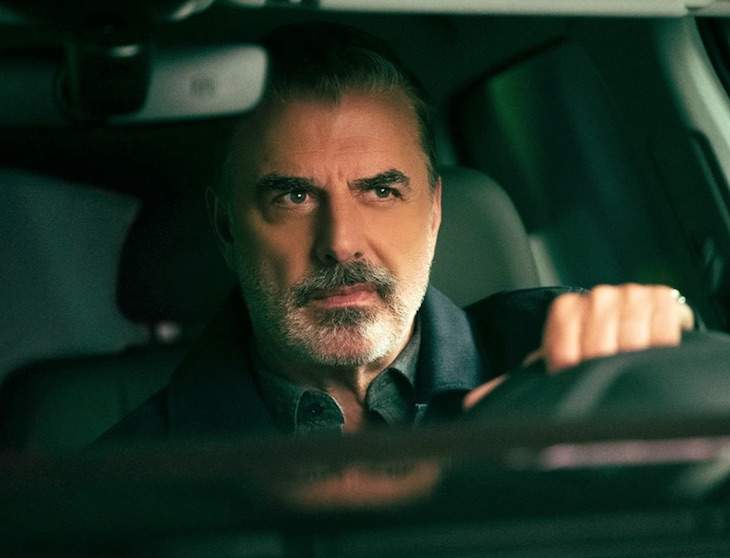 This may always come as a surprise to those who only know him as Mr. Big on Sex and the City, but Chris Noth does have a career outside of the world of Manolos and Cosmos. Most recently, Chris showed up on the CBS reboot of the 1980s series of the same name, The Equalizer, starring Queen Latifah. The series premiered earlier this year in February and was renewed for a second season, which premiered in October. Chris plays an ex-CIA director who now acts as a liaison between the CIA and Queen Latifah. It looks like if there’s a third season, Queen Latifah better find herself a new liaison, or maybe even figure out how to contact the CIA directly. Because Chris Noth isn’t going to be there. via The Hollywood Reporter:

Chris Noth is out of CBS’ drama The Equalizer as the actor faces allegations of sexual assault. “Chris Noth will no longer film additional episodes of The Equalizer, effective immediately,” CBS and Universal Television, which produces the series, said in a statement Monday. He will appear in one more episode of the show that has completed production.

This is the latest in a growing list of things Chris Noth isn’t a part of anymore. After appearing in their holiday ad, which was a wink and a nod to his quick appearance on And Just Like That…, Peloton scrubbed the ad from the internet and announced they wouldn’t be promoting the ad until they learned more. Then Chris Noth’s talent agency, A3 Artists, announced they would no longer be working with him either. This all comes after The Hollywood Reporter published the accounts of two women who alleged they were raped by Chris Noth is 2004 and 2015. That was followed by Zoe Lister-Jones claiming Chris was a drunk who got all kinds of creepy with her when she did a guest spot on Law & Order back in the day. A third woman spoke to The Daily Beast about an alleged sexual assault in 2010, and she allowed them to publish her story last week after the others came forward.

So, we’ve got three allegations of rape and one allegation of workplace harassment. And so Sarah Jessica Parker, Cynthia Nixon, and Kristin Davis finally decided to say something about it. I don’t know why they waited as long as they did. After all, the allegations were first published by The Hollywood Reporter nearly a week ago. Maybe someone at HBO – who has sort of been to this rodeo before – urged them to really think hard about what they wanted to say about their friend and colleague so that they didn’t have to come out with a second statement that’s like, “Er….my bad.” This is what they came up with, which was tweeted by Cynthia Nixon:

They’re sad to hear about the allegations against Chris Noth, and they support the women who made the difficult decision to speak out. Pretty standard stuff. Plus, it’s not like they could get too personal with it, because that might make things messier. But Chris Noth, who maintains all the allegations were consensual situations, is probably steaming that SJP would sign her name to that statement. “I defended you during the of Kim Cattrall wars! Does that mean nothing anymore??”

Tags: Bitch Got Fired, Chris Noth, Cynthia Nixon, Kristin Davis, Sarah Jessica Parker
SHARE
Our commenting rules: Don't be racist or bigoted, or post comments like "Who cares?", or have multiple accounts, or repost a comment that was deleted by a mod, or post NSFW pics/videos/GIFs, or go off topic when not in an Open Post, or post paparazzi/event/red carpet pics from photo agencies due to copyright infringement issues. Also, promoting adblockers, your website, or your forum is not allowed. Breaking a rule may result in your Disqus account getting permanently or temporarily banned. New commenters must go through a period of pre-moderation. And some posts may be pre-moderated so it could take a minute for your comment to appear if it's approved. If you have a question or an issue with comments, email: [email protected]
src="https://c.statcounter.com/922697/0/f674ac4a/1/"
alt="drupal analytics" >