Lady Gaga Responds To An Accusation That She Ripped Off “Shallow” 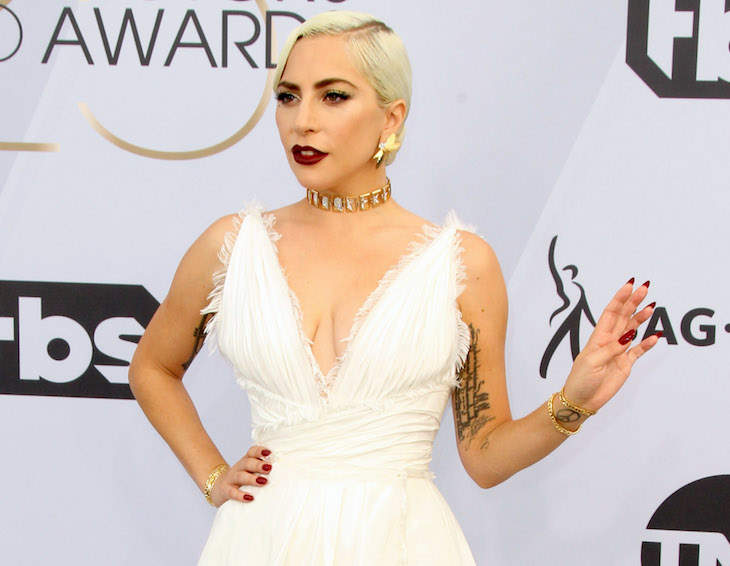 When the Academy Award for Best Original Song was placed into Lady Gaga’s hands on February 24, 2019, I’m sure we all thought that’s it, there it is – the last time we’re going to have to hear about Shallow. But sha-la-la-la-la-la-NO, it’s not. We’re still talking about it, because a songwriter named Steve Ronsen is threatening to sue Lady Gaga for allegedly ripping off one of his songs. But Lady Gaga really isn’t worried, and Page Six says she put her lawyer on it.

Katy Perry was ordered to pay a Christian rapper hundreds of thousands of her own dollars after the court ruled that she did steal from him for her song Dark Horse. While Dark Horse did sound an awful lot like Flame’s Joyful Noise, Steve Ronsen might not have as solid a case here. Steve claims that Shallow copied a three-note G-A-B progression from his song Almost. A source tells Page Six that Steve and his lawyer Mark D. Shirian are asking for several millions in a settlement, otherwise they plan on going public with a lawsuit.

Here’s Shallow (as if I even needed to remind you of what that sounded like). To help you out, the three notes in question can be heard at the 0:36 mark.

And here’s Steve’s song. You can hear the three-note similarity immediately.

I hope Third Eye Blind doesn’t hear this song, because once Steve made his way out of the Shallow part, I got some major Semi-Charmed Life vibes. And now I’ve got the “do-do-do” part stuck in my head, so thanks a lot, Steve.

Lady Gaga’s lawyer Orin Snyder responded to the rumor of Steve’s lawsuit with the following statement, essentially saying “You tried.”

“Mr. Ronsen and his lawyer are trying to make easy money off the back of a successful artist. It is shameful and wrong. I applaud Lady Gaga for having the courage and integrity to stand up on behalf of successful artists who find themselves on the receiving end of such [claims]. Should Mr. Shirian proceed with this case, Lady Gaga will fight it vigorously and will prevail.”

Gaga’s lawyer also points out that the G-A-B progression is nothing new, and can be heard in songs dating back decades. For example, it can notably be heard in Kansas’ Dust in the Wind.

Steve’s lawyer shot back, saying they’ve worked with a musicologist who claims the songs are similar.

“In an effort to amicably resolve this matter months ago, my office provided Lady Gaga’s legal team, at their request, with an official report from a renowned and respected musicologist and professor who determined that there are significant tempo, melodic, rhythmic and harmonic similarities between the two ‘hooks’ of the songs at issue. Lady Gaga’s team has yet to provide my office with an opposing musicologist report, which we have requested multiple times.”

It sounds like Steve and his lawyer aren’t going to back down, and Gaga and her lawyers aren’t going to back down, which means a lawsuit could happen, and this could end up in court. If that happens, then there’s a good chance we’ll finally get the truth about Shallow. No, not the chord progressions. I’m talking about whether Gaga and Bradley Cooper were hooking up or not.

Tags: Copycats, Lady Gaga, Lawsuit
SHARE
Our commenting rules: Don't be racist or bigoted, or get into long-ass fights, or go way off topic when not in an Open Post. Also, promoting adblockers, your website, or your forum is not allowed. And some comment threads will be pre-moderated, so it may take a second for your comment to show up if it's approved.
src="https://c.statcounter.com/922697/0/f674ac4a/1/"
alt="drupal analytics" >