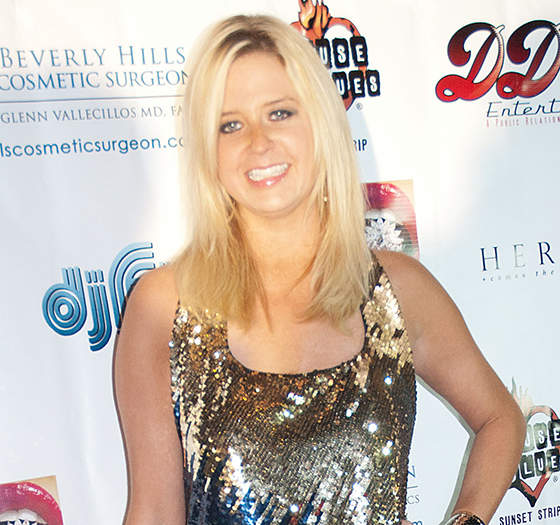 Kate Major may have married into the Lohan family after becoming half of an unholy union with Michael Lohan, but it’s like she was destined to be a part of their messy, messy bloodline. The Blast is reporting that Kate got into some trouble again, this time with a bus driver.

Kate has had a past that can be spelled: M-E-S-S-Y, dating all the way back to 2014 when she was arrested for a DUI after slapping Michael. A year later Kate was drunk and scratching at Michael again, and got arrested again. And her and Michael both lost custody of their kids that year too. Then she attacked a police officer who was arresting her and got herself six months in jail in 2016. There was also an incident on a JetBlue plane involving her getting too drunk and acting a mess in 2015.

But then 2018 came around, and it seemed like Kate was deciding to make good decisions, because it was reported that she and Michael were heading to the ever-popular destination vacation: Divorceville.

Well turn the bus around, because Kate is back to her old tricks.

According to The Blast’s sources, Kate was on a Bieber Tourways bus (no relation to Justin Bieber) traveling through Pennsylvania for the holidays when the bus driver missed a stop. Kate “was intoxicated at the time” and she became “irate”. So what did Kate do next? Surely she asked the bus driver to let her off at the next corner because he had accidentally missed her stop. JK, she flipped her shit.

Pennsylvania State Police were called after Kate attacked the driver. She was arrested and booked into Lehigh County Jail.

How is a rich person riding a bus? Was my first question reading this. Then I realized: Kate Major probably isn’t that rich. It actually makes full sense that Michael Lohan’s soon-to-be ex-wife would get arrested for attacking a public bus driver. It’s a good thing Kate was arrested before she got to those Boxing Day sales. Homegirl would have torn those Pennsylvania Marshall’s up.

Tags: Kate Major, MESS, Messy, Michael Lohan
SHARE
Our commenting rules: Don't be racist or bigoted, or post comments like "Who cares?", or have multiple accounts, or repost a comment that was deleted by a mod, or post NSFW pics/videos/GIFs, or go off topic when not in an Open Post, or post paparazzi/event/red carpet pics from photo agencies due to copyright infringement issues. Also, promoting adblockers, your website, or your forum is not allowed. Breaking a rule may result in your Disqus account getting permanently or temporarily banned. New commenters must go through a period of pre-moderation. And some posts may be pre-moderated so it could take a minute for your comment to appear if it's approved. If you have a question or an issue with comments, email: [email protected]
src="https://c.statcounter.com/922697/0/f674ac4a/1/"
alt="drupal analytics" >