For Where Is The Royal Baby? The Telegraph says that the fourth in line to the throne and Baby Prince George’s standby was supposed to be pulled out of Duchess Kate’s royal vagine last Thursday, but none of spent the day staring at the front door of the Lindo Wing (named after Auntie Lindo from Joy Luck Club, of course) for hours on end, so obviously that didn’t happen. The Telegraph’s source says that the newest baby prince or princess is four days late and I’m not surprised. Babies are rude. They’re like my cousins. They’re always late and when they do get around to showing up, they cry for a drank. On second thought, it’s wrong of me to compare babies to my cousins. Yes, babies are rude, but at least they show up with a dish (aka the placenta). My cousins just show up with empty Tupperware containers to take leftovers home.

Some unnamed person whose baby was born in the Lindo Wing at St. Mary’s Hospital tells The Telegraph that Duchess Kate’s doctors have probably already talked to her about inducing, because doctors normally don’t wait longer than a week. But an aide for Kensington Palace (aka The weekday receptionist who answered the phone. So Fergie, basically.) told UsWeekly that everyone needs to shut their mouths about DK’s due date because they don’t know shit about shit:

“We have never commented on or discussed a due date.”

DK said before that her “due date” is somewhere between mid-April and late-April, so those patriotic jewels of England in the picture above may have to camp out for a few more days.

If DK really wants the new royal baby to come out now, there’s a few things she can try. Doctors say that an effective, yet severely cruel, inducing method involves blasting a Nickelback song into the mother’s mouth. The sound will travel down into the womb and that baby will immediately bust out the nearest exit to get away from that musical torture. She can also get somebody to wave a picture of Prince Hot Ginge with a puppy in front of her royal vagine. The royal baby will immediately crawl toward it, because no human can resist a picture of PHG with a puppy. And lastly, if someone whispers the words, “Morrissey is having the best day ever,” next to Duchess Kate’s stomach, that baby will come out real quick, because nothing ruins Morrissey’s month like knowing that there’s another British royal amongst us and those British royals live to ruin Morrissey’s month. 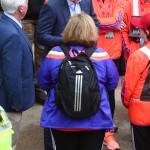 Tags: BABIES!!!, Duchess Kate, Prince George, Prince Hot Ginge, Prince William, Royals
SHARE
Our commenting rules: Don't be racist or bigoted, or get into long-ass fights, or go way off topic when not in an Open Post. Also, promoting adblockers, your website, or your forum is not allowed. And some comment threads will be pre-moderated, so it may take a second for your comment to show up if it's approved.
src="https://c.statcounter.com/922697/0/f674ac4a/1/"
alt="drupal analytics" >