The Trailer For Wes Anderson’s “The French Dispatch” Is Here 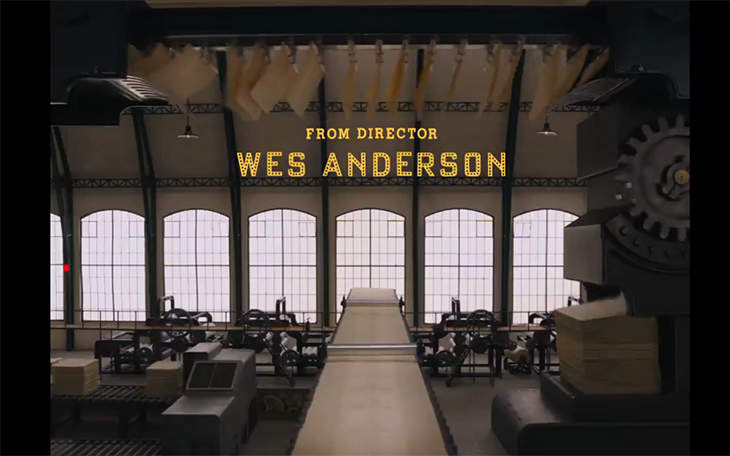 Wes Anderson is back with another cinematic masterpiece that will make your eyes go “Ooh!” and your brain go “Huh?”. After watching the trailer for The French Dispatch I have no idea what the plot is other than it involves some sort of publication I’m assuming is called The French Dispatch. But it sure looks nice!

Rotten Tomatoes describes the movie as a love letter to journalists:

“The French Dispatch brings to life a collection of stories from the final issue of an American magazine published in a fictional 20th-century French city.”

The trailer shows Benicio Del Toro as a prisoner/artist, I think? There’s also a story about a revolution of some kind. And I don’t know what the third story is about.  But there’s a chef? Bill Murray is also in the movie as the editor of The French Dispatch. Elisabeth Moss is his secretary, I’m guessing? And current twink ingenue of the moment, Timothée Chalamet, is serving us Justin Bieber moustache and electrocuted boy band hair realness:

Like all Wes Anderson movies, I’m sure the critics will love it and it will sweep next year’s Oscars. So everybody better prepare themselves for the billionth coming of #OscarsSoWhite!

The French Dispatch of the Liberty, Kansas Evening Sun
A film by Wes Anderson
In Theaters July #TheFrenchDispatch pic.twitter.com/RRDhZLHO7c

Tags: Adrien Brody, Benicio Del Toro, Bill Murray, Christoph Waltz, Edward Norton, Elisabeth Moss, Frances McDormand, Liev Schreiber, Owen Wilson, Saoirse Ronan, Timothée Chalamet, Wes Anderson, Willem Dafoe
SHARE
Our commenting rules: Don't be racist or bigoted, or get into long-ass fights, or go way off topic when not in an Open Post. Also, promoting adblockers is not allowed. And some comment threads will be pre-moderated, so it may take a second for your comment to show up if it's approved.
src="https://c.statcounter.com/922697/0/f674ac4a/1/"
alt="drupal analytics" >