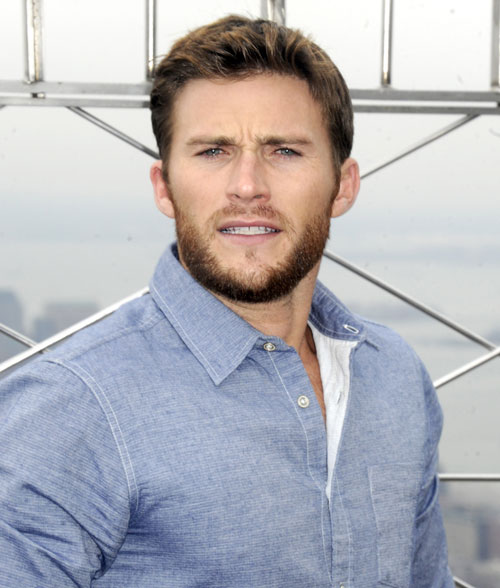 Scott Eastwood and his Tiny Size Chiclets teeth are everywhere, because Hollywood is trying to make him happen and he’s pushing that latest Nicholas Sparks turd about the love struggles of pretty, young white people. Clint Eastwood’s child was on Watch What Happens Live last night with Duckie from Pretty In Pink. Duckie was asked if it was awkward working with Ashton Kutcher since both of them bumped fuck parts with Demi Moore. Jon Cryer answered the question and the moment was all about him until Scott Eastwood’s attention whore ass slid on in with his own Ashton Kutcher story. Jon Cryer was TRYING TO TELL A GODDAMN STORY (Copyright: Paula Abdul) and Scott Eastwood just had to swoop in and steal the spotlight. Story of Duckie’s life….

Scott said that his girlfriend at the time cheated on him by passing her pussy to Ashton Kutcher who was still married to Demi Moore. All the way back in the olden days of 2011, two chicks took a ride on Ashton’s douche stick after partying with him at the Hard Rock Hotel in San Diego. One of them sold her story to UsWeekly and spilled all the details including how Ashton spilled in her cooch since he didn’t wear a condom. She also later made a masterpiece confession video in a rented house. Scott also said that his friend’s girlfriend was the other chick Ashton boned that night. Ashton’s San Diego bareback fuck party was apparently one of the reasons why his and Demi’s marriage died. Scott says he isn’t mad at Ashton or his ex-girlfriend. Why would he be? Ashton’s wandering peen gave him a story to tell on a talk show while pushing his movie.

That thirsty “I ain’t one to gossip” screen shot on the video below tells you everything:

You can practically hear Scott Eastwood’s b-hole open as he squirts with excitement over finally getting to use that little nugget. So douchey… So smuggy… So smarmy… On that note, I’d definitely take The Longest Ride on that shit.

Here’s Scott Eastwood and his co-star Britt Robertson posing on the top of the Empire State Building yesterday. Tags: Andy Cohen, Ashton Kutcher, Demi Moore, I See You Bitch, Jon Cryer, Sara Leal, Scott Eastwood
SHARE
Our commenting rules are pretty simple: Don't be racist or bigoted, or go way off topic when not in an Open Post. If you see an offensive or spammy comment you think should be deleted, flag it for the mods and they'll be forever grateful and give you their first born (although, you probably don't want that).
src="https://c.statcounter.com/922697/0/f674ac4a/1/"
alt="drupal analytics" >