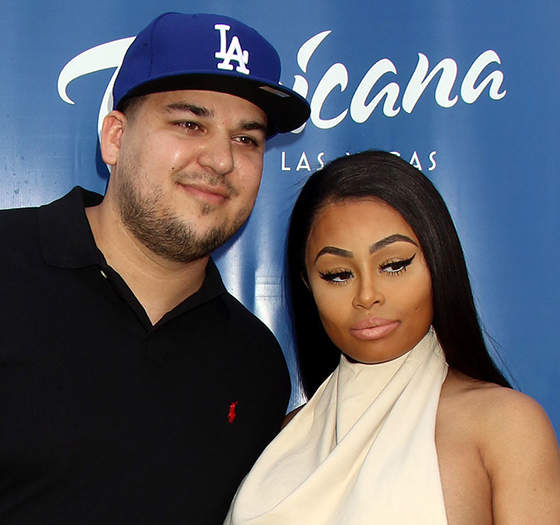 The fame whore who finessed the Kardashians, Blac Chyna may find her flow of checks signed by a Kardashian hand slowing down as her ex, Rob Kardashian, is trying his damndest to pay her less child support for their daughter, Dream.

The Blast is reporting that Rob has filed some more legal documents after months of fighting over payments. Rob had been ordered to pay $20,000 a month to Blac Chyna. Rob says he “can no longer afford these orders” (official reason for that being: BECAUSE DUH) and is asking for that number to come down.

Rob is crying about being broke because of Chyna’s domestic violence claims against him.

“I have not participated in the filming of any episodes since this summer when [Chyna] filed a request for a restraining order against me. Her request was widely publicized and I was scrutinized by the media… It has been an extraordinarily difficult time for me emotionally and I have no desire to continue participating in the reality show. I would like to maintain my privacy, try to recover from the emotional damage of the past several months, and explore other business ventures.”

The legal documents show that Rob’s contract with the Devil–I mean his contract for Keeping Up The Countdown To The Apocalypse With The Kardashians–once guaranteed him a minimal $1 million a year salary. But! Because the Kardashians are a family unit who care about each other deeply and are not at all cash-hungry, souless devil women from the deepest pits of Hades, they only compensated Rob for the episodes he appeared in and they paid him at a “reduced rate” of $50,000 per episode. His sisters and mom are contractually obliged to be on the show, but Rob “has no desire to do so” and like I said: he isn’t puffed up with plastic and has few to no ass pics on his Instagram so they legally can’t make him a series regular.

Rob also says that Chyna is richer than him so why is he paying her so much? Based on her financials, Chyna is worth $1.4 million and she brings in $60,000 a month while Rob brings in less than $10, 00. IN FACT, Rob’s lawyer did the math and Chyna owes him. Rob says he should be collecting $2,864 a month for his 50/50 custody of Dream. Chyna didn’t bag herself a Kardashian so that she could be the one paying child support, so she’s calling bullshit, saying his team was “manipulating” the financial numbers.

They’ve all been handing over their collective receipts and a judge will decide for them in December.

Blac Chyna really cannot afford to pay Rob child support. She already pays for her all of her on-and-off-again fetus-aged boyfriend’s after-school extracurriculars! She can only finance one child at a time! How is she supposed to do both?!

Tags: Blac Chyna, Rob Kardashian
SHARE
Our commenting rules: Don't be racist or bigoted, or post comments like "Who cares?", or have multiple accounts, or repost a comment that was deleted by a mod, or post NSFW pics/videos/GIFs, or go off topic when not in an Open Post, or post paparazzi/event/red carpet pics from photo agencies due to copyright infringement issues. Also, promoting adblockers, your website, or your forum is not allowed. Breaking a rule may result in your Disqus account getting permanently or temporarily banned. New commenters must go through a period of pre-moderation. And some posts may be pre-moderated so it could take a minute for your comment to appear if it's approved. If you have a question or an issue with comments, email: [email protected]
src="https://c.statcounter.com/922697/0/f674ac4a/1/"
alt="drupal analytics" >