Bristol Palin Is Knocked Up Again 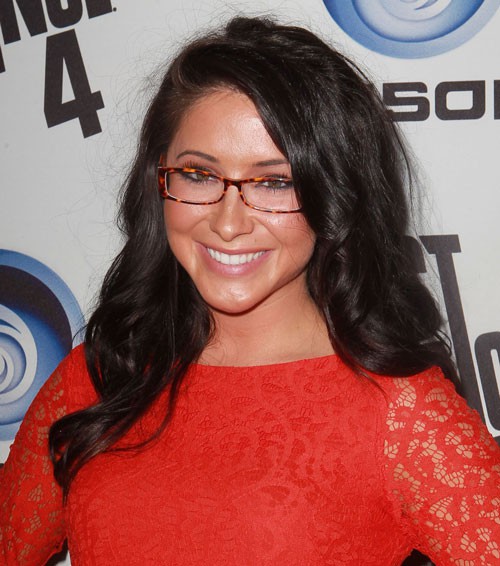 Permanent resident of the soap box Bristol Palin must have been too busy whooping bitches at snowmobiles parties and judging tricks left and right to learn about condoms, birth control pills, Mirena and the “finish on my thigh” method, because another unexpected visitor moved into her uterus recently. A month after canceling her wedding to that Dakota Meyer dude, 24-year-old Bristol announced on her blog today that soon she’ll be holding another baby in one arm while drunkenly beating a bitch at a party with the other arm. Bristol seems really happy about it too!

Unlike your friends on Facebook who cream out of every orifice about being knocked up, Bristol doesn’t seem that into it and she also didn’t say who the father is. Since she practices abstinence, she probably tripped and fell on a raw dick. Bristol says that she’s keeping her chin implant up, she doesn’t want any lectures (says the full-time lecturer) and knows she can handle anything with dignity and grace (HA!).

(I’m announcing this news a lot sooner than I ever expected due to the constant trolls who have nothing better to talk about!!!)

I wanted you guys to be the first to know that I am pregnant.

Honestly, I’ve been trying my hardest to keep my chin up on this one.

At the end of the day there’s nothing I can’t do with God by my side, and I know I am fully capable of handling anything that is put in front of me with dignity and grace.

Life moves on no matter what. So no matter how you feel, you get up, get dressed, show up, and never give up.

When life gets tough, there is no other option but to get tougher.

Bristol goes on to ask for privacy even though we all know she doesn’t mean that.

I know this has been, and will be, a huge disappointment to my family, to my close friends, and to many of you.

My little family always has, and always will come first.

Tripp, this new baby, and I will all be fine, because God is merciful.

Sarah Palin hasn’t said anything about this yet. She’ll probably just release the same statement she released the first time Bristol got pregnant 6 years ago.

I know it’s too early to talk about names, but I really hope she names this one Fall. And well, Bristol’s new baby can look forward to having a grandma who will teach them about style and sophistication. Here’s some pictures I totally missed from January of Sarah Palin delivering massive amounts of “country star circa 1991” glamour at some event with Ted Nugent in Las Vegas. 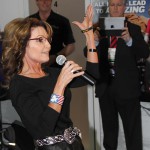 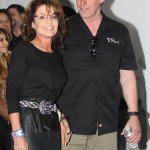 Tags: BABIES!!!, Bristol Palin, Sarah Palin
SHARE
Our commenting rules: Don't be racist or bigoted, or post comments like "Who cares?", or have multiple accounts, or repost a comment that was deleted by a mod, or post NSFW pics/videos/GIFs, or go off topic when not in an Open Post, or post paparazzi/event/red carpet pics from photo agencies due to copyright infringement issues. Also, promoting adblockers, your website, or your forum is not allowed. Breaking a rule may result in your Disqus account getting permanently or temporarily banned. New commenters must go through a period of pre-moderation. And some posts may be pre-moderated so it could take a minute for your comment to appear if it's approved. If you have a question or an issue with comments, email: [email protected]
src="https://c.statcounter.com/922697/0/f674ac4a/1/"
alt="drupal analytics" >