Donald Trump, the dehydrated clementine that rolled under the couch on Christmas morning 1989 and has been decomposing into a rotten dust bunny ambrosia salad ever since, was on Howard Stern’s radio show Tuesday and they started talking about butts (probably because looking at Donald Trump’s hair reminds you of the weird patch of downy fluff located right above a dude’s ass crack). Howard asked Donald if he thinks Kim Kardashian’s massive spray foam-filled ass is too big, and he replied:

In case you were wondering, the “old days” he’s referring to is the time before Satan started dealing exclusively in shameless narcoleptic-looking SoCal hookers. Then Howard asked who he’d choose if it came down to Kim Kardashian and her roasted turducken butt or Jennifer Lopez and her honey-glazed ham hocks, Donald said:

Obviously he’d pass on both! What’s that thing Paul Newman used to say? Why go out for rancid Grade F hamburger when you’ve got a succulent Botox-marinated Slovenian steak at home? Yeah, that’s it. But Donald Trump is only talking shit about Kim Kardashian because he’s jealous that it’s not 2004 and he’s no longer the biggest ass on television.

Speaking of asses (both anatomical and dumb) here’s Kim Kardashian picking up a couple things for herself at a children’s boutique in New York yesterday. Wait, you thought she was buying clothes for North West? “Who’s North West? Oh right, that baby I held once! Yeah, no, this is all for me; I’m shopping for my third pre-divorce honeymoon. Can you help me find this shirt in a size XXXS? Thenk yeeeeeewwww.” 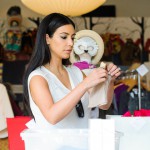 Tags: Donald Trump, DUH, Kim Kardashian, Quote of the Day, Yeah Okay
SHARE
Our commenting rules: Don't be racist or bigoted, or get into long-ass fights, or go way off topic when not in an Open Post. Also, promoting adblockers, your website, or your forum is not allowed. And some comment threads will be pre-moderated, so it may take a second for your comment to show up if it's approved.
src="https://c.statcounter.com/922697/0/f674ac4a/1/"
alt="drupal analytics" >