All those English horse races are the same to me (I’m a racist, I know), so I always get Aintree and Ascot mixed up. Aintree is that horse race that brings out Britain’s most genteel and pristine flowers and by the end of the day, a lot of them are on the ground, spread eagle with the bottom of their dresses covering their faces and empty bottles of booze strewn around them. So I was getting my nipples ready for the moment when pictures would come out of Prince Hot Ginge drunkenly lying on the concrete in nothing but a top hat and a thong made out of his baby blue tie. But Prince Hot Ginge wasn’t at Aintree, he was Ascot, which is like Aintree’s snobby older cousin who suddenly has a posh accent, wipes his ass with silk, can go to a horse race on a weekday afternoon since he doesn’t work and looks down upon getting broke down, panty-flashing drunk in public. BOO!

PHG was on his best behavior at Royal Ascot (I’d let him cot my ass and I’m not even going to pretend to know what that means) today, because THE QUEEN was there with a pocketbook full of bricks that she wasn’t afraid to swing if one of her grandchildren started acting the fool. THE QUEEN’s piece Prince Philip was also there and I never understand why he goes to those things. He’s 93 years old and if I ever make it to 93, the last place I’d want to be is at a horse race where I’d have to stand in the grass as my 93-year-old saladitos-looking ass nutsack suffocated from being shoved into a stuffy suit. But he’s a good sport about it, I guess.

And there’s really nothing else that needs to be said about these pictures. It’s PHG in a top hat and holding an umbrella. I’d hit it all including that top hat and the umbrella he’s stroking. 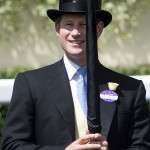 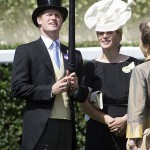 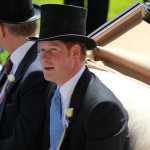 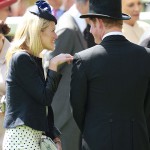 Tags: Hotness, Prince Hot Ginge, Prince Philip, Princess Bea, THE QUEEN
SHARE
Our commenting rules are pretty simple: Don't be racist or bigoted, or go way off topic when not in an Open Post. If you see an offensive or spammy comment you think should be deleted, flag it for the mods and they'll be forever grateful and give you their first born (although, you probably don't want that).
src="https://c.statcounter.com/922697/0/f674ac4a/1/"
alt="drupal analytics" >