Todd Chrisley and his wife, Julie Chrisley, may have been cleared of tax evasion on a state-level but that doesn’t mean they don’t want to keep the legal drama flowing. It seems that they want to get some recompense for the pain they went through being audited (the horror!) and are now suing an IRS agent claiming he had a shady relationship with their daughter, Lindsie Chrisley and was using her to get information on them! Well Lindsie is calling bullshit: her dad is the only one who uses scandalous information against those in the family.

END_OF_DOCUMENT_TOKEN_TO_BE_REPLACED Chrisley Knows Best… when it comes to bringing the messiness and proving he’s Father of the Century.

A quick minute ago, Lindsie Chrisley publicly accused her father Todd Chrisley, from the reality shit show Chrisley Knows Best, of being a gross piece of trash by extorting her with a sex tape of hers. She claimed Todd and her brother Chase Chrisley threatened to release the tape if she didn’t lie about some stuff most likely involving their very recent alleged financial crimes. Well, Todd has denied everything up, down, left, right and center. He is not a financial fraudster and he also is not the kind of person who would try to extort his daughter–who is a shameless harlot and cheated on her husband with two different guys from The Bachelorette–Oops! Did Todd say that last part out loud?!

END_OF_DOCUMENT_TOKEN_TO_BE_REPLACED 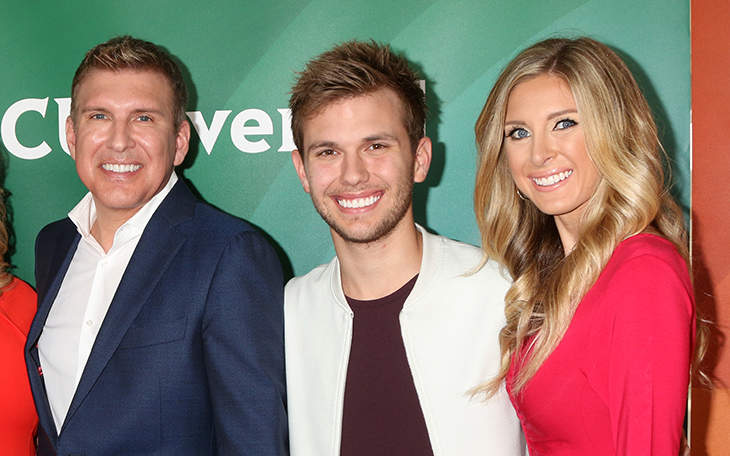 I’m sure you’ve been thinking to yourself, “What I really need is more news about those fake-teeth having messes from Chrisley Knows Best.” Well, ask and you shall receive, and this is a story of bad parenting with a side heaping of “What in the entire fuck?”

In a follow-up to the financial charges laid out against, Todd Chrisley from the reality show Chrisley Know Best, he’s now being accused of more shadiness. But the financial stuff is honestly so much better, because his estranged daughter Lindsie Chrisley is claiming Todd and her brother Chase Chrisley are extorting her. It seems there was a father/son bonding moment involving them threatening to release a sex tape of Lindsie. Kris Jenner must be so conflicted. Does she cheer for Todd (for trying to get something from his daughter’s sex tape) or spit at him (for not going through with it)?