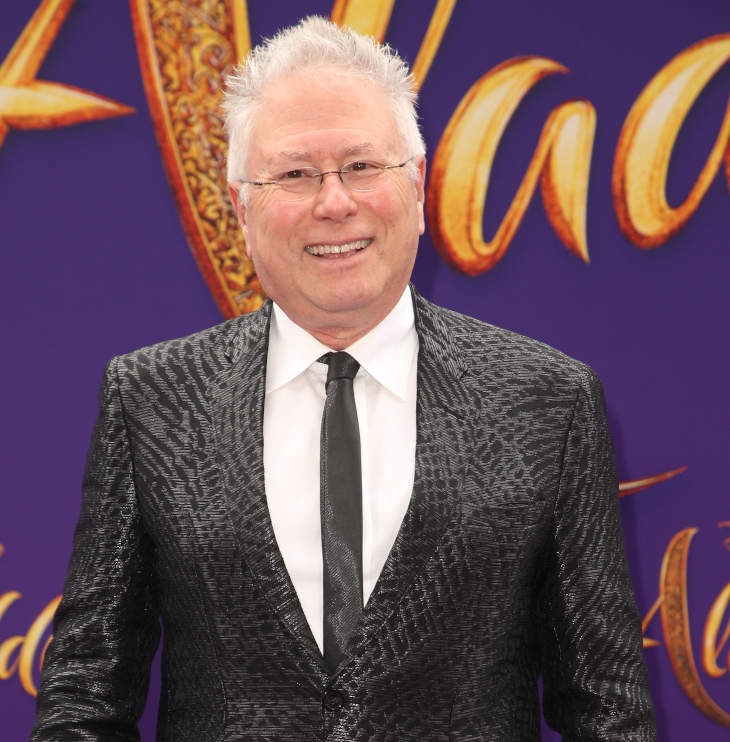 He joins the small group of entertainers who have won an Emmy, Grammy, Oscar and Tony award.

This is not Menken’s first Emmy, but it is his first competitive Emmy. He received an honorary Primetime Emmy in 1990 for his work on “Wonderful Ways to Say No” from Cartoon All-Stars to the Rescue, an anti-drug special produced by the TV academy.

Menken also has won eight Oscars, with those wins coming for songs and scores from The Little Mermaid, Beauty and the Beast, Aladdin and Pocahontas. He also has won 11 Grammys, for his work on the aforementioned films. He won a Tony Award in 2012 for best original score for Newsies.

Here’s Alan’s winning song. Maybe it’s just my ancient ears but all these Disney songs are starting to sound the same to me. Does The Mouse keep Alan locked up in a basement chained to a piano screaming at him “THIS ONE’S FOR A BRUNETTE PRINCESS, GOT IT!?!”

While it’s a nice surprise to have Alan achieve EGOT with this win, there was no way Disney was going to lose. Apparently they’ve got an entire cadre of Alan replacements waiting in the wings to take his spot should he ever write something subversive like he did with Little Shop of Horrors back in his pre-Disney days.

In the category for which Menken won Sunday night, Disney dominated the nominees. The other four nominees were songs from Disney Channel’s Big Hero 6: The Series and Disney Junior’s Elena of Avalor, The Lion Guard and Vampirina.

Sending our biggest CONGRATULATIONS to our maestro @AIMenken for achieving EGOT status after winning Best Original Song at the #DaytimeEmmys for "Waiting in the Wings" from 'Rapunzel's Tangled Adventure alongside lyricist @SlaterLyrics! https://t.co/DhPdDeuRht pic.twitter.com/lqkmTp9top

Not to take away from Alan’s undeniably well-earned achievement but I would be remiss if I did not mention that the entire concept of EGOT was coined by one Philip Michael Thomas who was sure he would be EGOTing within five years of landing the role of Tubbs on Miami Vice. PMT may still be waiting on a nomination for any of the qualifying awards, but he does look like this now and has 11 kids.

A post shared by Philip Michael Thomas (@philipmichaelthomas) on Dec 2, 2017 at 8:00am PST

PMT, you’re a winner, baby!
Pic: Wenn.com
Tags: Alan Menken, Andrew Lloyd Webber, Daytime Emmys, Disney, The Road To EGOT
SHARE
Our commenting rules: Don't be racist or bigoted, or get into long-ass fights, or go way off topic when not in an Open Post. Also, promoting adblockers is not allowed. And some comment threads will be pre-moderated, so it may take a second for your comment to show up if it's approved.
src="https://c.statcounter.com/922697/0/f674ac4a/1/"
alt="drupal analytics" >