Timothée Chalamet And Eiza Gonzalez Made Out In Mexico 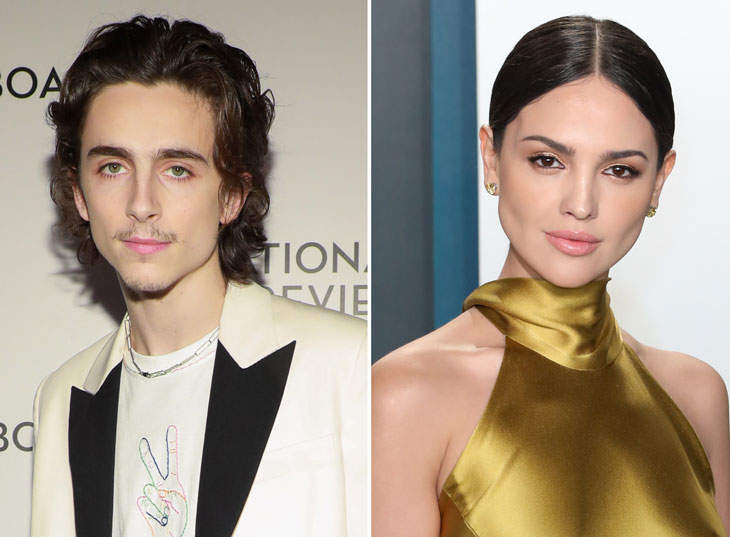 Timothée Chalamet is off the market. Hollywood’s current reigning twink probably has a new girlfriend in Eiza Gonzalez and she is older than him so those Mrs. Robinson fantasies have reached peak levels. Just kidding, she’s only 30 and he’s 24. All of those NYU students who went to college with Timothee are probably putting their money together to send Eiza a big congratulatory basket of antibiotics.

If you forgot (or even knew to begin with) Timothée broke up with his last girlfriend, Lily Rose-Depp, back in April. So he mended that heart pretty fast–and during coronavirus! And we’re out here having Zoom dates like the peasants we are. TMZ says that Timothée and Eiza, who previously dated the likes of Josh Duhamel and Liam Hemsworth, were spotted in Cabo San Lucas, Mexico with some friends on vacation and this wasn’t some Bed Bath & Beyond date with Zendaya. These two are definitely doing it because they were making out and shit.

He is built like me in high-school and I wish that was popular back in 2008. But beyond their PDA, Timothée at one point pulled out a guitar and played it for her and their friends. This isn’t The Bachelorette, sir. But I mean it absolutely could have been so much worse. He could have busted out his rap persona Lil Timmy Tim and hit Eiza and co. with some sick bars.

Tags: Eiza González, Love In The Time Of Corona, Timothée Chalamet
SHARE
Our commenting rules: Don't be racist or bigoted, or get into long-ass fights, or go way off topic when not in an Open Post. Also, promoting adblockers is not allowed. And some comment threads will be pre-moderated, so it may take a second for your comment to show up if it's approved.
src="https://c.statcounter.com/922697/0/f674ac4a/1/"
alt="drupal analytics" >