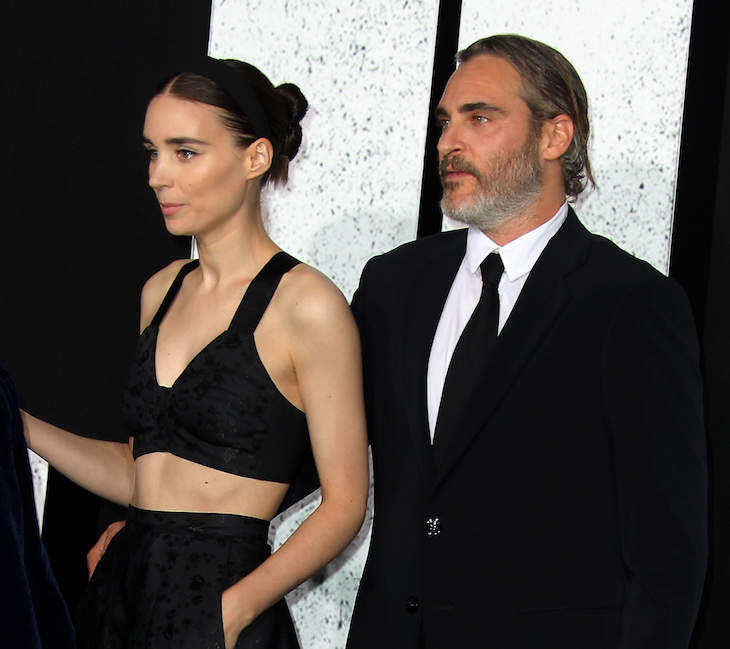 Here’s the history of how 35-year-old Rooney and 45-year-old Joaquin came to be (via Page Six):

The couple originally met on the set of the Spike Jonze film “Her,” but did not begin dating until they were reunited on the set of the film “Mary Magdalene.” Page Six exclusively revealed when he was playing Jesus and she starred as Mary Magdalene in the 2018 movie. They moved in together to a home in the Hollywood Hills.

Phoenix admitted to Vanity Fair in October 2019 that he was initially convinced that Mara “despised” him. Eventually, he realized that the “Carol” star was interested in him but was too shy to express it.

“She’s the only girl I ever looked up on the internet,” Phoenix explained. “We were just friends, email friends. I’d never done that. Never looked up a girl online.”

He had to buy a computer and everything. That’s true love.

If Elon Musk & Grimes’ X Æ A-12 is the bionic Messiah, the upcoming, as of yet untitled Mara/Phoenix project will be the most hipster, vegan, alternative baby to hit the scene. Or, hopefully, a basic blonde-type who loves red meat and watching football with gramps n’ grams! And fuck you, Dad, I’m getting into PR!

It’s difficult to picture someone as delicate and dainty as Rooney with a big ol’ pregnant belly. I imagine she’s constantly toppling forward. But we shouldn’t worry, she’ll have an extra-long maternity leave to recover from pushing a human out of that tiny bird-bone frame. Disney just corona-delayed her next movie, the Guillermo del Toro-directed Nightmare Alley. Coincidentally, “Nightmare Alley” is also the super-alternative theme Rooney and Joaquin have chosen for their baby’s nursery. Sweet dreams!

Tags: BABIES!!!, Joaquin Phoenix, Rooney Mara
SHARE
Our commenting rules: Don't be racist or bigoted, or get into long-ass fights, or go way off topic when not in an Open Post. Also, promoting adblockers is not allowed. And some comment threads will be pre-moderated, so it may take a second for your comment to show up if it's approved.
src="https://c.statcounter.com/922697/0/f674ac4a/1/"
alt="drupal analytics" >