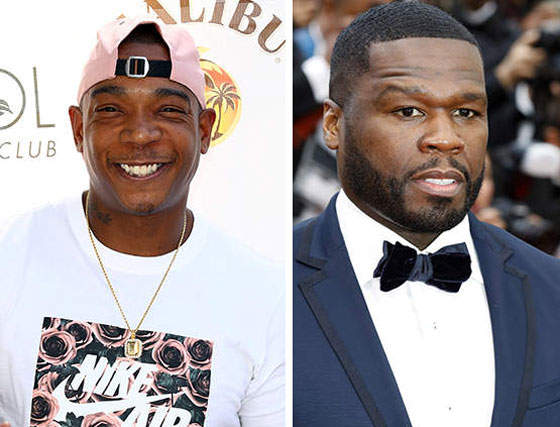 So Ja Rule and 50 Cent notoriously hate each other. They have been screwing with each other for years, which is funny to me only because one of them is so much more successful than the other. These two are slapping at each other some more and Ja Rule really seems to have gone in with a particular social media post. Ja better be careful because Fofty doesn’t play.

HotNewHipHop says this all started when Ja Rule was denied entry to a nightclub recently. And 50 Cent blasted him. Irv Gotti also got denied, but Ja threw a fit. He took his shirt off and got all riled up, and 50 Cent had a field day mocking his ass. In a video, which has been deleted now, 50 is making fun of the shirtless Ja who is getting mad outside of S.O.B. nightclub in New York.

“When you want somebody to hold you back and they don’t. Lemme take my shirt off ’cause I’ma do nothing… Exclusive footage…of nothing. Nigga doing nothing.”

So I guess Ja Rule didn’t like that and now, weeks later, he’s come back at 50. Yesterday he posted to Instagram a video comparing 50 Cent’s face to various items/people/food products/etcetera. It is something else. A robotic voice reads out some of the following insults:

So this video wasn’t even made by Ja Rule himself because this man does not do anything authentically or very well (See: Fyre Festival) it was made by whoever @marcus.901 is; Ja is just usurping it to troll 50. Time will tell if 50 decides to give him the full Randall Emmett but I really hope he does, if for no other reason than my own unbridled joy. Last time 50 trolled Ja Rule serious, he bought up the entire front rows of a show to make his concert look empty. Maybe this time 50 will do what Ja Rule never could and buy up that Fyre Festival island to throw an actually successful performance?

Tags: 50 Cent, I See You Trolling, Ja Rule, Trolls
SHARE
Our commenting rules: Don't be racist or bigoted, or post comments like "Who cares?", or have multiple accounts, or repost a comment that was deleted by a mod, or post NSFW pics/videos/GIFs, or go off topic when not in an Open Post, or post paparazzi/event/red carpet pics from photo agencies due to copyright infringement issues. Also, promoting adblockers, your website, or your forum is not allowed. Breaking a rule may result in your Disqus account getting permanently or temporarily banned. New commenters must go through a period of pre-moderation. And some posts may be pre-moderated so it could take a minute for your comment to appear if it's approved. If you have a question or an issue with comments, email: [email protected]
src="https://c.statcounter.com/922697/0/f674ac4a/1/"
alt="drupal analytics" >