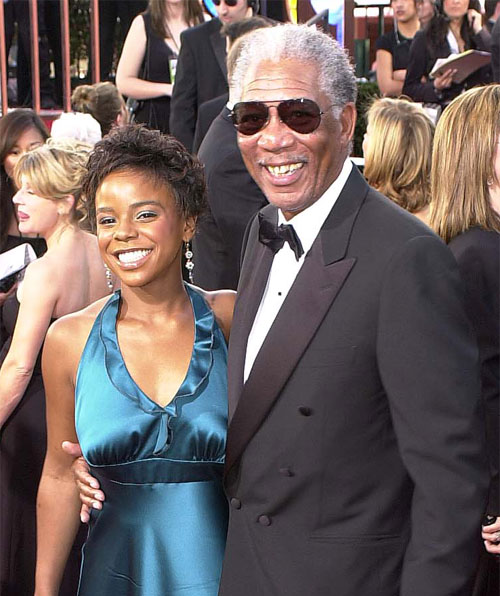 Well, this is some truly depressing news for a Sunday. The New York Post is reporting that Morgan Freeman’s step-granddaughter and Goddaughter (and his alleged – by the National Enquirer, of course – one-time fiance) E’Dena Hines was found stabbed to death on a sidewalk in Manhattan just before 3am on Sunday morning. Police say they found E’Dena had been stabbed multiple times when they arrived, and that her ex was standing over her body, screaming incoherently.

E’Dena was taken to Harlem Hospital, where she was pronounced dead. E’Dena was 33. The New York Post says her alleged killer was arrested and taken into custody for a psychiatric evaluation. They add that police say it’s still unclear as to why the alleged stabber snapped. Morgan Freeman has released the following statement regarding the death of his Goddaughter, which I’m sure we’ll all read in Morgan Freeman’s voice:

“The world will never know her artistry in talent, and how much she had to offer. Her friends and family were fortunate enough to have known what she meant as a person. Her star will continue to shine bright in our hearts, thoughts and prayers. May she rest in peace.”

Tags: Morgan Freeman, RIP, Sadness
SHARE
Our commenting rules: Don't be racist or bigoted, or get into long-ass fights, or go way off topic when not in an Open Post. Also, promoting adblockers, your website, or your forum is not allowed. And some comment threads will be pre-moderated, so it may take a second for your comment to show up if it's approved.
src="https://c.statcounter.com/922697/0/f674ac4a/1/"
alt="drupal analytics" >