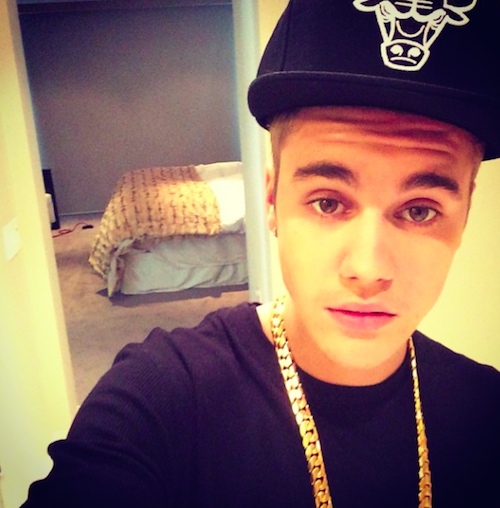 Someone get sex expert Sue Johanson on the phone! I know next to nothing about sexual reproduction because I went to the kind of no-budget high school where Sex Ed was limited to huddling around the VCR in the library and watching the two-part episode of Degrassi High where Dwayne admits to Joey Jeremiah that he’s got AIDS, so I depend on that sassy memaw to fill in the blanks and I need to know if it’s even possible for a pre-pubescent toddler to bust a nap time nut.

In the event a girl comes forward to say she’s with child (ironically, the same thing she probably texted to her friends just before she was about to sleep with Justin Bieber) his team investigates the claim to see if it’s legit, then stuffs a pile of money into a Cars 2 Lightning McQueen backpack and tells her never to contact him again.

Besides the obvious mechanical issues (his balls haven’t dropped yet) I don’t for a second believe that Justin Bieber has gotten anyone pregnant, because there’s no way in hell his greedy mother Pattie Mallette would ever let a precious money-making gift from God slip through her greasy dollar-counting fingers.

Tags: Justin Bieber, Maybe Baby, Trash
SHARE
Our commenting rules: Don't be racist or bigoted, or get into long-ass fights, or go way off topic when not in an Open Post. Also, promoting adblockers, your website, or your forum is not allowed. And some comment threads will be pre-moderated, so it may take a second for your comment to show up if it's approved.
src="https://c.statcounter.com/922697/0/f674ac4a/1/"
alt="drupal analytics" >