I hadn’t really considered Busta Rhymes since the early-aughts when he was making chiropractors rich by telling everybody to break ya neck. But apparently he’s still hustling. Earlier this week, Busta was flying first class on British Airways from JFK to London’s Heathrow Airport where he was greeted by police after “verbally assaulting and threatening passengers” in a dispute over overhead bin space (via Daily Mail). Look, we all know air travel is hell. Well, at least it is for us who can’t afford to fly first class. I’m surprised more in-flight outbursts don’t occur given the number of stupid, annoying people one encounters on any given flight. But mussin’ and fussin’ in first class with a glass of champagne in your hand and a fleet of flight attendants to do your dirty work for you? Get the fuck outta here.

END_OF_DOCUMENT_TOKEN_TO_BE_REPLACED 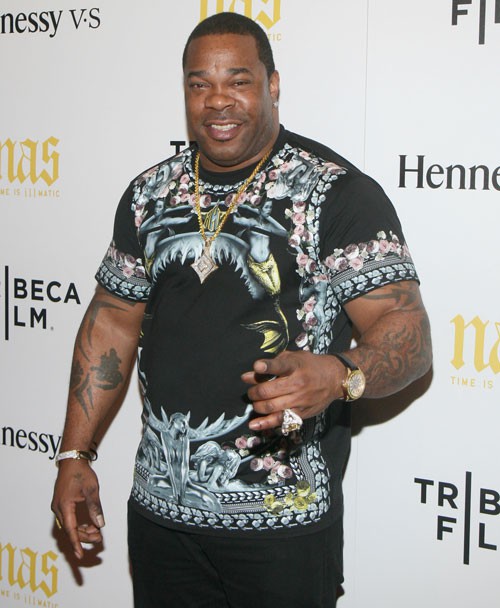 These rappers are really going hard this week. First, Meek Mill threatens Drake with a wedgie and now Busta Rhymes gets arrested for throwing a protein drink at a gym employee. What’s next? Wiz Khalifa will get called out for making a friend piss by putting their hand in a bowl of water as they slept during a slumber party?

The NYDN says that the sometimes rapper turned swole bag of muscles was arrested in NYC last night and charged with second-degree assault after he was accused of hitting an employee in the head with a cardboard carton of strawberry-flavored Muscle Milk at the Steel Gym in Chelsea. This is what Busta’s weapon of choice looks like: One of my little elementary school friends, Armando, threw a half-full Hi-C juice box at my arm during a fight in a park. What is the statute of limitations on a juice box attack, because I’m really thinking of pressing charges now.

Witnesses tell the NYDN that Busta and the gym worker have had words before and last night their beef turned into a hardcore, badass water splash and Muscle Milk-throwing fight. One witness says that 43-year-old Busta strolled up to the front desk at the gym to buy water and a protein drink from his arch rival (aka the employee). The worker told Busta to leave, for some reason, and he responded by attacking a ho with water and the employee fought back by also throwing water. The cops were called when Busta busted that Muscle Milk on the worker. You’d think that the worker would need to be rushed to the hospital immediately, but he turned down medical treatment when the cops arrived. Busta was arrested. He was later released and will have to go to court in November. His lawyer called the whole thing stupid:

“It’s ridiculous, it was literally a bottle of Muscle Milk. This is clearly an attempt by someone to take advantage of Busta. He did nothing wrong. This is a bunch of bull.”

I don’t know what the gym employee looks like, but I’m guessing he’s a giant bag of muscles too, so the image of two bodybuilders getting into a hissy fit water fight with each other will get me through the rest of the day. And I’ve heard many stories about a dude busting a load of liquid protein on another dude’s face at a Chelsea gym, but this may be the first time I’ve heard of anyone getting arrested for it.