The Internet Thinks Sam And Aaron Taylor-Johnson Are Splitting Up, Because They’re Selling Their House 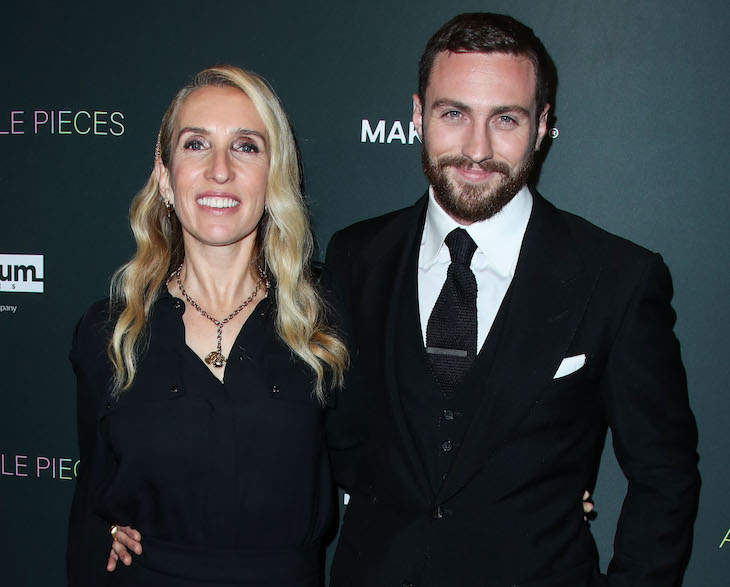 Normally when someone throws one of those swingy For Sale signs on their lawn, there’s not much subtext to read into it, because it usually means a person just wants to sell their darn house. But when a celebrity couple suddenly lists their mansion for sale, people will start wondering why. Well, Sam and Aaron Taylor-Johnson have recently listed their big fancy Hollywood Hills home, and some people on the internet are convinced it’s a sign that they’ll be splitting up after nine years of marriage.

According to Architectural Digest, the three-story, 5,500 square foot 95-year-old home has seven bedrooms, six bathrooms, a pool, a sauna, and could be yours for the low, low price of $7.5 million. The home was purchased about eight years ago, which would be about a year after Sam and Aaron got married. Here it is, the house that Fifty Shades of Grey paid the mortgage on:

After the news that 54-year-old Sam and 30-year-old Aaron had listed their house hit the internet, people started wondering why they’d suddenly just sell their house. The detectives of Twitter were on it, and a whole bunch of people think that listing their house for $7.5 million is a “splitting of community property” type situation.

if not divorce why sell their house? https://t.co/YbrvLb0WQw

The girlies are going nuts over this Sam Taylor Johnson thing- for all we know, they'll probably get back together

That last one is just the tip of the iceberg when it comes to people who aren’t exactly hiding their happiness with a prospective Taylor-Johnson divorce announcement. And that would be because the timing of Sam and Aaron’s relationship always had a bit of an uncomfortable vibe to it, to put it mildly. Sam met Aaron while filming 2009’s Nowhere Boy (she directed it, he played John Lennon). He was 18 at the time, she was 42 and married to art dealer Jay Jopling, who she shares two daughters with: 24-year-old Angelica and 15-year-old Jessie. Sam got divorced from her husband in 2008 and started dating Aaron, who again, was 18. When Sam was 43 and Aaron was 20, they had their first child (10-year-old Wylda), and 18 months later had their second (9-year-old Romy Hero). They got married later that year, in 2012. You don’t have to look very far to find someone throw out the word “groomed” when talking about Sam and Aaron’s relationship, due to the fact that Sam was in a position of power as his boss, and because Aaron was, you know, a literal teenager who was six years older than her daughter.

But if you ask Aaron – which people have – he will say that he never felt too young for Sam, because he’s always felt old. Sam herself has said that she doesn’t care if people side-eye the age difference, because she’s happy, and her marriage to Aaron is better than her previous marriage was. And also – we don’t even know if these two are even splitting up! They could just be selling a house. But if they are splitting up, then Aaron’s next phone call should be to the nearest reputable tattoo shop. A few years ago, Aaron got Sam’s name tattooed on his chest. I hear tattoo removal hurts like hell. Maybe he can price out how much it would cost to alter it. Maybe throw a BAL and an IC in front and behind that Sam. A tattoo that says Balsamic is pretty dumb, but really, who would even notice such a dumb tattoo if they had a shirtless Aaron Taylor-Johnson standing in front of them.

Tags: Aaron Taylor-Johnson, Housing Drama, Sam Taylor-Johnson
SHARE
Our commenting rules: Don't be racist or bigoted, or post comments like "Who cares?", or have multiple accounts, or repost a comment that was deleted by a mod, or post NSFW pics/videos/GIFs, or go off topic when not in an Open Post, or post paparazzi/event/red carpet pics from photo agencies due to copyright infringement issues. Also, promoting adblockers, your website, or your forum is not allowed. Breaking a rule may result in your Disqus account getting permanently or temporarily banned. New commenters must go through a period of pre-moderation. And some posts may be pre-moderated so it could take a minute for your comment to appear if it's approved. If you have a question or an issue with comments, email: [email protected]
src="https://c.statcounter.com/922697/0/f674ac4a/1/"
alt="drupal analytics" >