Open Post: Hosted By The Phone Charger That Had To Be Removed From A Man’s Bladder 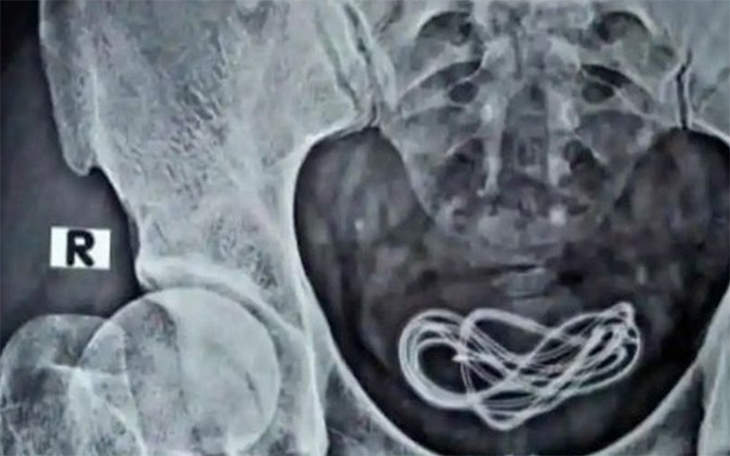 Sex is weird. People make a lot of interesting choices when it comes to achieving sexual gratification. Dressing up like giant animals. Kinky bondage stuff. Or this 30-year-old man who allegedly inserted a 2-foot long mobile phone charger into his dick hole. Yes, urethral play is a thing, y’all. And while I am fucking terrified just reading about it, this man supposedly got deep into it. Unfortunately, the cord got lost and he had to go to the hospital. It’s a tale as old as time: Man inserts something somewhere it shouldn’t be and is forced to seek medical assistance!

The Mirror says that a man in Guwahati, India showed up at the hospital and told the doctors there he had “ingested” a wire, which led to them taking a stool sample and doing an endoscopy on him. But they couldn’t find anything. and probably because like any person feeling immense shame about their personal habits, the man had lied to doctors.

But after the doctors actually opened him up, they still found nothing. After performing an X-Ray they were able to determine what had happened, They found that the cable had been lost in his bladder, meaning it could only have come from one place: his dick. Surgeon, Walliul Islam, said:

“We could have done away with the surgery if he had told us the truth… The patient came to us with severe abdomen pain and told us that he consumed a cable by mistake. We examined his stool and conducted an endoscopy as well but couldn’t find the cable. When we operated him, there was nothing in his gastrointestinal tract.”

Dr. Islam also explained why this patient and people like him put things up their pee-holes:

Well, the next time someone asks to borrow your phone charger maybe think twice….. unless your fetish is phone chargers covered with bodily fluids.

Tags: Let's Talk About Sex, Open Post, Penis Drama
SHARE
Our commenting rules: Don't be racist or bigoted, or get into long-ass fights, or go way off topic when not in an Open Post. Also, promoting adblockers is not allowed. And some comment threads will be pre-moderated, so it may take a second for your comment to show up if it's approved.
src="https://c.statcounter.com/922697/0/f674ac4a/1/"
alt="drupal analytics" >