Tom Cruise Is Going To Shoot A Movie In Space 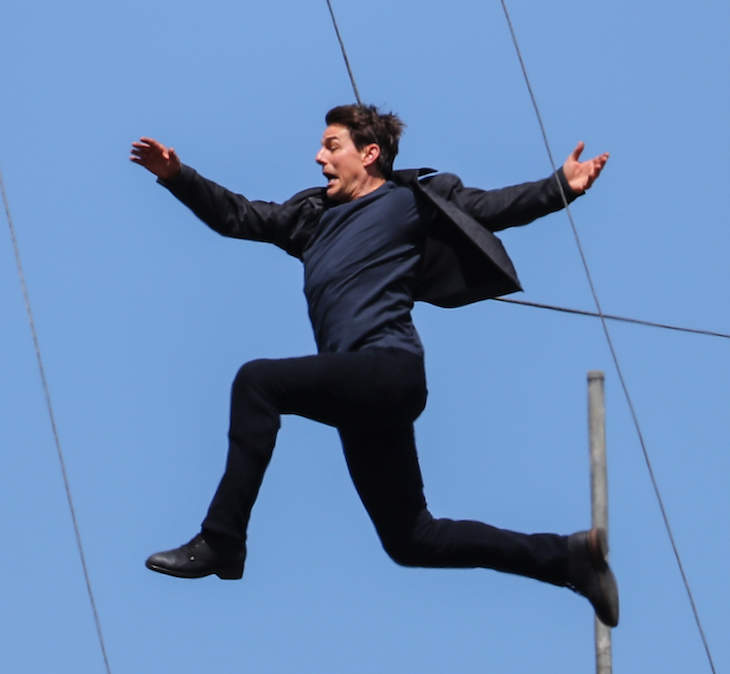 Exciting sci-fi space news today. No, it’s not Elon Musk’s new alien child. It’s his new movie with Tom Cruise! Deadline reports that Tom and Elon’s SpaceX company are working with NASA to make a film in actual outer space. This would be the first narrative feature (an action-adventure, duh) to do that. The project is in its super early stages, with no studio attached, so we likely won’t be seeing Tom float around Gravity-styles for a while.

This news officially makes today the New Scientology Christmas (sorry Cinco de Mayo, you’ve been usurped!). Has your Messiah gone to space? Did Jesus do a backflip off a satellite? Did Muhammad parkour on the moon? Nope! Amateurs.

57-year-old Tom is known for doing a bunch of his own stunts, which is rare for a modern leading man. It’s the Scientologist way: total focus, complete dedication to your craft. Unless that “craft” is raising your youngest daughter after she left your cult. But if anyone can do crazy physical shit in space, Tom’s your man.

Deadline listed some of Tom’s feats of strength:

Mission: Impossible Fallout took a break, literally when he broke his ankle in a leap from one rooftop to the other and he also hung from a helicopter; he hung from the side of a jet plane during takeoff in Mission: Impossible Rogue Nation, and in Mission: Impossible: Ghost Protocol he scaled the Burj Khalifa, the Dubai skyscraper, and executed stunts 123 floors up. He is meticulous in preparing these stunts he does, which are frightening just to watch.

Deadline left out Tommy Boy’s couch-acrobatics on Oprah (never forget). And the time he scaled an 8-foot gate to party with a teenaged Kate Hudson, which is doubly impressive when you remember just how short he is.

I’d like to formally congratulate Tom for duping NASA and those Hollywood bigwigs into paying him to go on a Scientology fact-finding mission. A holy pilgrimage to follow galactic emperor Xenu’s path, and hopefully, scrounge up some hard proof for those Suppressive non-believers… aka Katie Holmes and daughter Suri. Nothing will stop Tom from getting his (third) ex-wife and daughter back! Nothing! WAIT. This is the movie! Throw in a Nicole Kidman cameo, and I will pay actual money to watch that shit in theatres.

Tags: Elon Musk, Rocketman, Tom Cruise
SHARE
Our commenting rules: Don't be racist or bigoted, or get into long-ass fights, or go way off topic when not in an Open Post. Also, promoting adblockers is not allowed. And some comment threads will be pre-moderated, so it may take a second for your comment to show up if it's approved.
src="https://c.statcounter.com/922697/0/f674ac4a/1/"
alt="drupal analytics" >