The Fappening Is Still Happening 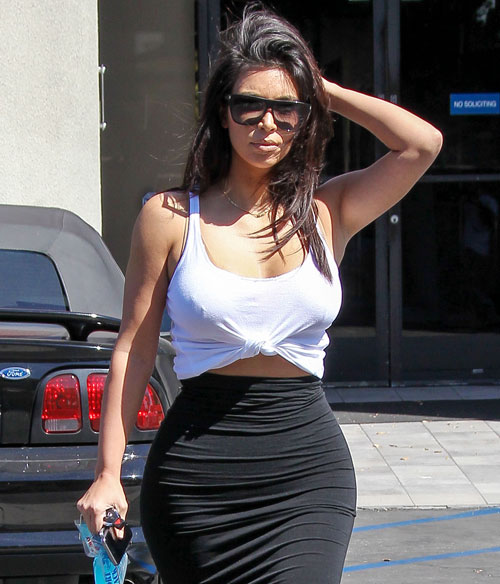 TMZ says that early this morning, hacked naked cell phone pictures of Kim Kartrashian ended up on 4Chan and Reddit. It’s surprising that we were all able to get onto the Internet this morning. You’d think that naked pictures of Kim Kardashian would’ve crashed all the servers and turned the Internet into a pile of rubble, because all of us definitely have never seen every single damn inch of her naked ass body.

TMZ says that also this morning, private naked pictures of Vanessa Hudgens (whose been to the hacked naked picture rodeo before) and Hope Solo ended up on 4Chan. Uproxx and The Daily Beast says that the new round of victims also includes Aubrey Plaza, Hayden Panettiere, Mary-Kate Olsen, Lake Bell, Avril Lavigne, Kaley Cuoco and Leelee Sobieski. There’s apparently also more pictures of Jennifer Lawrence. Reddit immediately shut down the new thread and since 4Chan has a new copyright infringement policy, they also deleted the pics.

So I guess this means that the FBI hasn’t caught the hacker(s) yet. If the FBI wants to find the bitch who leaked Kim Kartarshian’s pictures (Why do I feel like I’m always typing the words “leaked” and “Kim Kartrashian” in the same sentence?), all they have to do is follow the scent of self-tanner fumes, burnt nutsacks, Sasquatch saliva, desperation and Lucifer’s ass juices and it’ll lead them straight to Pimp Mama Kris’ Hidden Hills lair. Who knew that PMK was a b/tard? But PMK is truly slipping. If she wanted to create a real scandal, she should’ve leaked pictures of Kim doing shocking things like changing her own baby’s diaper or finishing the Highlights Magazine crossword puzzle.

Here’s Kim wearing some kind of tube top sausage casing skirt in a studio parking lot a couple of days ago. Tags: Hayden Panettiere, Hope Solo, Kim Kardashian, The Fappening, Vanessa Hudgens
SHARE
Our commenting rules: Don't be racist or bigoted, or get into long-ass fights, or go way off topic when not in an Open Post. Also, promoting adblockers is not allowed. And some comment threads will be pre-moderated, so it may take a second for your comment to show up if it's approved.
src="https://c.statcounter.com/922697/0/f674ac4a/1/"
alt="drupal analytics" >