“Calm Down Everyone, There’s Enough Messiah Blessings To Go Around!” 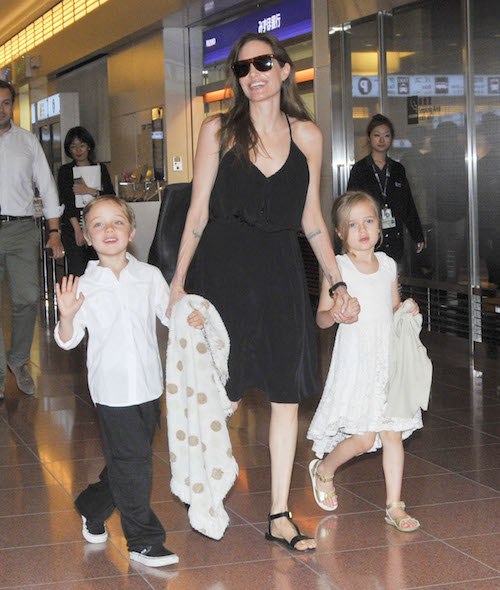 St. Angie and the child army have landed in Tokyo for the Japanese premiere of Maleficent, but I get the feeling they’ll end up cancelling the whole thing, since no 90-minute movie can compete with watching the twin messiahs walk through the airport. How do you say “This is the happiest day of my life” in Japanese? I bet they heard that 89,000 times from the arrival gate to baggage claim.

I hope Pope Francis doesn’t have any long-term plans for Castle Jesus like building a moat or remodelling the kitchen, because it looks like his time in Vatican City is limited now that Knox Jolie-Pitt is old enough to walk, smile, wave, and beam rays of pure blessed light. Fortunately, Pope Francis only has to worry about losing his job to one of the messiahs; Vivienne Jolie-Pitt has no time for waving and smiling or blessing people. Besides, she’s more interested in taking over the family business by becoming a Saint, like her mother.

And for those of you questioning whether or not the chosen ones are getting a bit old to be carrying around baby blankies, those aren’t actually blankies. They’re detachable angel wings (it just makes things easier when you’re going through security).

Here’s more of the holy family gracing the lucky people of Tokyo with their flawless perfection this morning. If you live in Japan and you see everyone dumping maneki-nekos into the trash, it’s because they’re being replaced with ceramic figures of Knox waving. 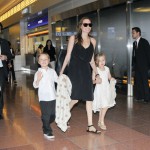 Tags: Angelina Jolie, Child Army, Shiloh, The Chosen Ones
SHARE
Our commenting rules: Don't be racist or bigoted, or get into long-ass fights, or go way off topic when not in an Open Post. Also, promoting adblockers, your website, or your forum is not allowed. Due to spambot attacks, a comment containing a link may need to be approved by a moderator before it's published. And some posts may be pre-moderated so it could take a minute for your comment to appear if it's approved.
src="https://c.statcounter.com/922697/0/f674ac4a/1/"
alt="drupal analytics" >