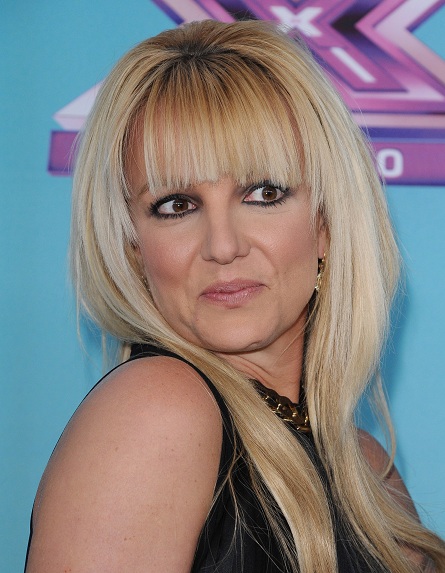 It’s a shitty way to start the day when I have to wake up and say sowwwwyyy to Britney Spears and all of you that I misled yesterday before I’ve even had my first cup of Bailey’s sprinkled with coffee. The Smoking Gun said the story of Britney hopping on BIL peen and wallet jacking is FULL OF LIES. Sad face. I was so hoping to get a head shaving and a bloody crotch shot or at least an impromptu skinny dip off Pacific Coast Highway on her latest run. In my defense, it was on Radar so I just knew it had to be some actual factual stuff. Okay, that defense sucked so I don’t think I’ll be signing up for law school anytime soon.

So apparently some sick fuck named Jonathan Lee Riches, who was has been on federal probation since April for conspiracy and wire fraud, not only filed the fake complaint against BritBrit but is also at the bottom of the “Justin Beiber stoled my credit card to get a penis” and various other phony lawsuits against celebrities. I might still laugh and tip my hat to his Punk’d game, but this piece of trash drove to CT and pretended to be the uncle of the Sandy Hook shooter at one of the funerals to get his face splashed all over the news and there is nothing funny about that shit. At least he’s back in cuffs and you know some of his old inmates that he conned are sharpening their shanks at the news.

Although he is a lying liarface who tells lies, I’m pretty sure that the part in his Britney filing about his small penis is 100% FACT.

Tags: Britney Spears, Buying Children, Trash
SHARE
Our commenting rules: Don't be racist or bigoted, or post comments like "Who cares?", or have multiple accounts, or repost a comment that was deleted by a mod, or post NSFW pics/videos/GIFs, or go off topic when not in an Open Post, or post paparazzi/event/red carpet pics from photo agencies due to copyright infringement issues. Also, promoting adblockers, your website, or your forum is not allowed. Breaking a rule may result in your Disqus account getting permanently or temporarily banned. New commenters must go through a period of pre-moderation. And some posts may be pre-moderated so it could take a minute for your comment to appear if it's approved. If you have a question or an issue with comments, email: [email protected]
src="https://c.statcounter.com/922697/0/f674ac4a/1/"
alt="drupal analytics" >