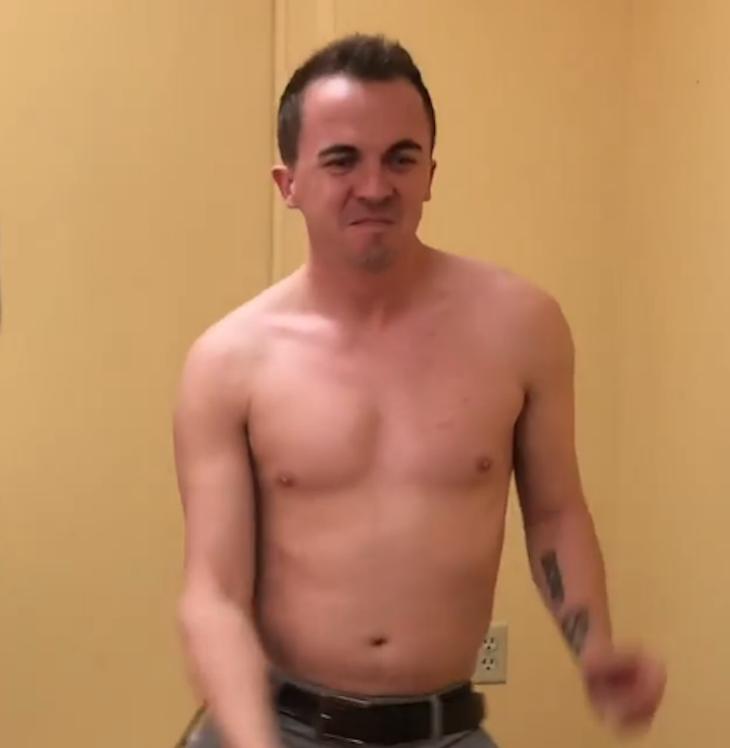 If you’re like me and you occasionally think to yourself, “Whatever happened to the kid from Malcolm in the Middle?“, you were probably surprised to discover that not only is Frankie Muniz now a full-grown man, but he’s also got a fairly active social media account. And every once in a while, former child-star social media accounts will feature a post that manages to bring more than just heartwarming nostalgia. Sometimes, they feature a whole lot of “Ginuwine” loin-tingling WTF.

Frankie was feeling it this weekend and decided to share a video of himself living his best post-sitcom life. Or, he was preparing an audition tape for the inevitable all-male version of Hustlers. Either way, he shot a short clip of him doing what looks like a drunken bump n’ grind in his best hip-hugger slacks with an equally studly companion.

I know I’m going to regret this later. Just a little action to get you guys ready for the day. White Men can’t jump or dance! #flashbackfriday @keo_motsepe

According to the caption, this too-short peek-a-boo show was just a little action to get us all ready. Oh, Frankie. You want ready? How about you two fine specimens take that double act out on the road. Then I’ll be ready.

Tags: Frankie Muniz, Open Post, Sexy Times
SHARE
Our commenting rules: Don't be racist or bigoted, or get into long-ass fights, or go way off topic when not in an Open Post. Also, promoting adblockers is not allowed. And some comment threads will be pre-moderated, so it may take a second for your comment to show up if it's approved.
src="https://c.statcounter.com/922697/0/f674ac4a/1/"
alt="drupal analytics" >