Terry Crews Apologized To Gabrielle Union For “Invalidating” Her 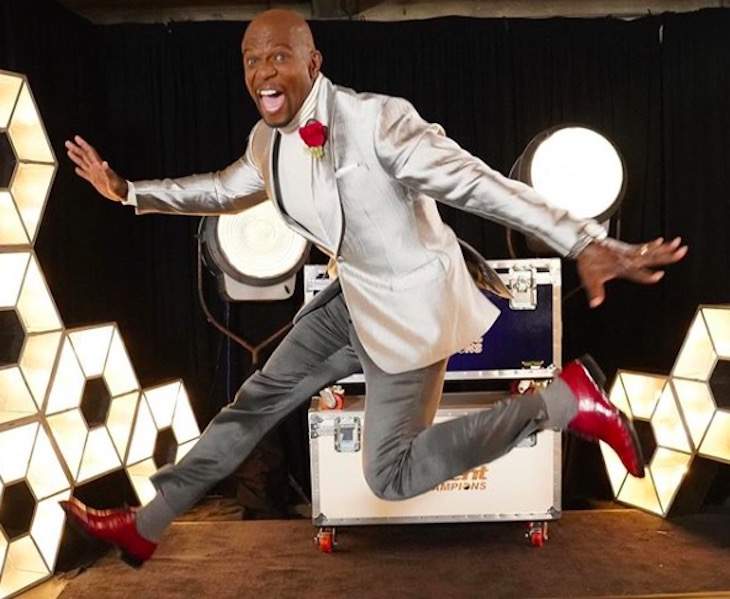 America’s Got Talent host Terry Crews recently made himself look like a heartless, corporate-toadying jackass after denying former America’s Got Talent judge Gabrielle Union’s claims that she was fired from the show after making complaints about racism and sexism. Terry then doubled down on his jackassery after responding to Gabrielle and other people’s criticism of that dick move by oddly comparing his wife Rebecca King-Crews to a can of Red Bull and basically telling every other woman on the earth that they’re on their own. Well, Terry has now done a 180 on social media. Women of the world, Terry Crews is once again your champion.

In a series of tweets (via People), Terry Crews apologized to Gabrielle Union for “invalidating” her experience and said he acted out of anger at the criticism he received and that he’s there for her. It reads like the women in Terry’s life must have gone upside his head with some common sense.

He also brought Kevin Hart into it which was smart cuz’ Kevin Hart is way more annoying than Terry Crews and a much better focus for our irritation.

I told @KevinHart4real a while ago, he needed 2 “acknowledge the pain of other people.” Right now I have to do the same thing. I want to apologize for the comments I made. I realize there are a lot of Black women hurt and let down by what I said and also by what I didn’t say.

Terry really laid it on thick. He must have recalled back when he accused a male showbiz exec of sexually assaulting him and got a truckload of toxic masculinity dumped on him for talking openly about it and handling it with dignity. Gabrielle had HIS back during it so what was this hogs and eggs nonsense, Crews?

I hear you, I respect you and understand you. I am sorry and I am here to support you. I spoke from my own personal point of view without first taking into consideration someone else’s experience.

I allowed disrespectful comments directed at me and my family to cause me to react angrily instead of responding thoughtfully. This certainly caused more harm, and it is my hope that I can amend any pain I have caused to those who were hurt by my words.

He even signed his apology so you know that he really pressed send and not some well-meaning staff member!

@itsgabrielleu You are a role model to the entire black community and In my desire to be professionally neutral as your co-worker, I should have at the very least understood you just needed my support.

Gabrielle hasn’t tweeted a response as of yet but the Twitter response is along the lines of “too little, too late” despite Terry’s textbook-perfect apology. Seriously, it does sound like he ran that by several authors of several “how-to unfuck your rep after a pr gaffe” textbooks.

Tags: Gabrielle Union, Terry Crews
SHARE
Our commenting rules: Don't be racist or bigoted, or get into long-ass fights, or go way off topic when not in an Open Post. Also, promoting adblockers is not allowed. And some comment threads will be pre-moderated, so it may take a second for your comment to show up if it's approved.
src="https://c.statcounter.com/922697/0/f674ac4a/1/"
alt="drupal analytics" >