Irina Shayk Has Reportedly Moved Out 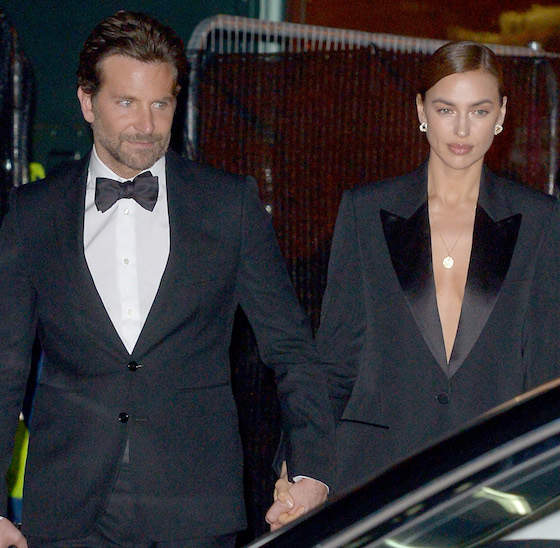 Earlier this week, we saw the return of the rumor that Bradley Cooper and Irina Shayk are so close to calling it quits. We’ve got an update, and according to The Sun, Irina has moved out.

A source says that Irina recently moved out of the Pacific Palisades mansion she shared with Bradley, and into her own place. She took their 2-year-old daughter Lea with her. The Sun’s source says that things are “cooling off” between Bradley and Irina in a “big way.” Cooling off? Cooling off is sleeping in separate bedrooms. Moving into a different house with your kid is the crusty frost on an ice-cold TV dinner that you found at the back of the freezer.

The source adds that they’re not officially broken up, but that it looks like they’re close. A source that recently spoke to Us Weekly chimed in with the same sort of sentiment, which is that they’re not 100% over, but that things are pretty crappy.

“They haven’t been getting along for a while,” the source says. “They aren’t calling it quits yet, but they are not in a great place.”

And because you can’t talk about the implosion of Bradley Cooper and Irina Shayk’s relationship without mentioning the ooh-la-la in the room, another source says that their problems have nothing to do with Lady Gaga. The source says that absolutely “nothing romantic” happened between Bradley and Gaga during the filming of A Star is Born.

To be fair, it looked like absolutely nothing romantic was happening half the time Bradley and Irina were seen together in public. Well, unless you’re the kind of person who gets off on tight-lipped fighting during a tennis match. Hey, I think I just thought of a float idea for the straight pride parade.

Tags: Bradley Cooper, I Smell Trouble, Irina Shayk
SHARE
Our commenting rules: Don't be racist or bigoted, or get into long-ass fights, or go way off topic when not in an Open Post. Also, promoting adblockers, your website, or your forum is not allowed. And some comment threads will be pre-moderated, so it may take a second for your comment to show up if it's approved.
src="https://c.statcounter.com/922697/0/f674ac4a/1/"
alt="drupal analytics" >