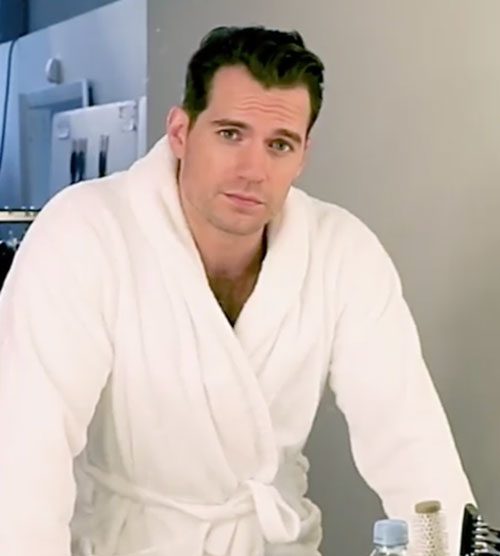 Henry Cavill finally took a razor to his stache, and he did a video where he fondly remembered it. Well, if he ever really, really misses it, I’m sure many unshaven thirsty hos out there will gladly give him a mustache – Pajiba

It costs a lot of money to look as cheap as Erika Jayne, thankyouverymuch – Reality Tea

The Stranger Things kids all got major raises, and Millie Bobby Brown might be getting paid the most. Now she can take that money and ruuuuun from her Lohan-in-training parents – Celebitchy

You know when you’re shopping at the Salvation Army and you pull some ugly shit out of a bin and go, “Who the hell would pay money for this?” The answer is: Bella Thorne – Drunken Stepfather

Megan Fox was on that show starring the twink version of the Long Island Medium, so yeah, her career is going great – Popoholic

Antonio Banderas is serving up some Hills Have Eyes hotness for a movie – E! News