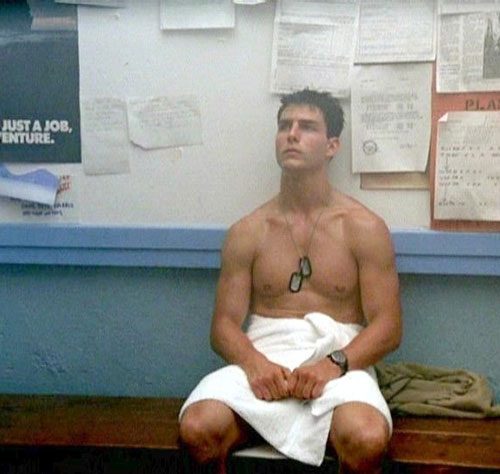 We’ve head about a sequel to Top Gun happening before, but now Tom Cruise says that it’s really happening and will probably come out in 2019. Two things: I bet the boys in the Scientology bath house still giggle at the “top” in Top Gun. And I  also bet that in the sequel, we will learn that Kelly McGillis’ character was in a major plane accident and got total face and body reconstructive surgery. What I’m saying is that her character will be played by a 19-year-old – Lainey Gossip

Pippa Middleton should’ve seen this coming and given People an exclusive picture of her throwing the bouquet into Future Princess Meghan’s hands. Rookie mistake! – Celebitchy

Things I would trade in my sister and dog for: that cha cha heels-carrying Divine doll – OMG Blog

Panty Creamer of the Day: A showered, de-greased and de-dick cheese’d (I’m guessing) Colin Farrell in a tux – Popsugar

And here’s more shitty news and sadness, Lisa Spoonauer from Clerks died at the way-too-young age of 44 – Pajiba