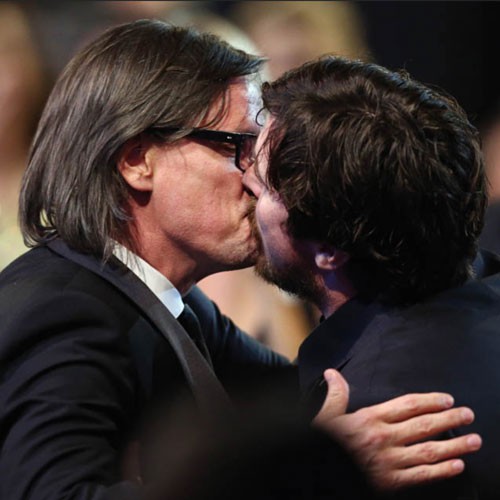 I don’t know what’s going on with Toni Braxton’s look, but I do know that the blonde lady in the back is perfectly expressing my thoughts on it – The Nip Slip

Okay, but why is Olivia Wilde dressed like a vampire priestess? – Popoholic

Who cares about the Critics’ Choice Awards, the real elegant roses were at the XBIZ Awards – Hollywood Tuna

The pregnant blondie cheerleader from Glee got engaged – Popsugar

Note: The CAPTION THIS Contest is taking Martin Luther King Jr. day off. It’ll be back tomorrow.